SINGING HER TO SLEEP...

September 03, 2010
SINGING HER TO SLEEP...
fRIDAY 3RD sEPTEMBER 2010
I have mentioned a few times that I sing Button to sleep quite often... so let me go into a little bit more depth with singing and Button.
when Button was new-born, and still now, she has bad wind - but back then we weren't sure what was causing it, so it was a case of working it out as we went along. so this meant there were a few nights when we were up to the wee hours of the morning just rocking her and singing to her as she was in so much pain she couldn't sleep... caused by something I had eaten.  As time has gone on - we have managed to minimise these incidents, as we have slowly worked out what she can and can't cope with. Unfortunately this means for me, little to no green vegetables, no tomatoes and no citrus along with a number of other things (does anyone know just how much tomato infiltrates cooking, I think this is the one I find the hardest to deal with - such bland meals at the moment). we are now slowly re-introducing some of these back into my diet, and hoping she is now old enough to cope better with them - onto broccoli at the moment!
anyway - I digress significantly ;-)!
The point of that was to say that from birth singing has been something that has relaxed her and settled her (as has walking up and down stairs - but I won't digress down that path)!
From birth I have had a song that I always start off with when singing to her... she is going to know this song by heart before she is one year old I can imagine! I have changed the words to suit us though, and thought I would share it here:
It goes to the tune 'Jesus loves me', an old Sunday School favourite... 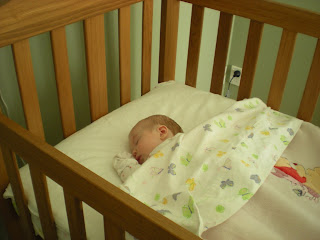 Anyway - she is waking up again, so had better sign off once more.
Elizabeth
Button Parenting Singing

MaxineD said…
She better know the national anthem before she goes to school too :-)
Blessings
M
3 September 2010 at 21:40

mtendere said…
Stopping by to check out your blog after your kind comment on mine. I had to give up dairy and tomatoes for about 7-8 months while breastfeeding, but she did outgrow her sensitivity, thank goodness! Cooking without tomatoes was definitely a learnig experience.
5 September 2010 at 04:20