May 10, 2011
Mothers Day last year sucked - big time! Button was only a week old, and we had planned on taking her to church for the first time, followed by a coffee out for just the two of us (making the most of my parents still being with us to baby-sit), of course we couldn't and wouldn't have been out very long with such a young baby! However, as is often the case, Button had other ideas and had kept us up till 4am due to reflux and wind (not that we knew she had reflux back then)... so nothing happened, as I was too tired and far to emotional still to show my face in public!
THIS year however, has been a different story - and I am pleased to say that everything went like clock-work for a change (well - almost everything!), and we had a lovely day!
Mr. C had initially promised me pancakes for breakfast (we'd even bought a gluten-free packet mix of them), but they were unfortunately forgotten! However, he did send me back to bed once I had sorted Button out for the morning (feeding, changing, dressing etc.) with a bowl full of cereal and a good book! I then got to spend two hours of bliss reading my book, chatting to my Mum on the phone and having a leisurely shower while he looked after her! NICE!
Just after midday we had friends turn up to babysit Button while we went out for the very FIRST time without her for lunch... it felt weird, but lovely! However, the problem with this is that we hadn't realised we needed to book in advance if we wanted a meal in a decent cafe - having never done this before, I had no idea just how popular taking your Mum/Wife out had become! So we drove to Clevedon, then through to Maraetai and finally onto Whitford where we got a seat at Amy's Kitchen (we have been there before on a coffee date with my Mother-In-Law). However, it didn't take long to remember why we said last time we wouldn't go back there again :-(, never mind - can't always get everything perfect!
Despite that - we had a lovely drive around some of the most amazing coastline and it was a chance to chat, and take some photos (through the open window of a fast moving car I might add *grin*): 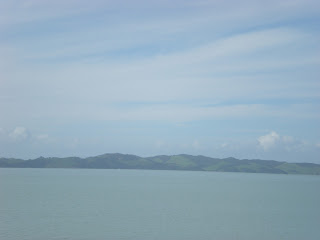 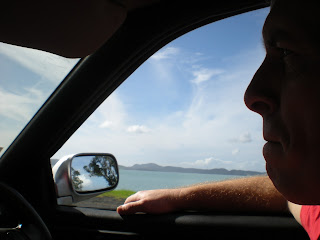 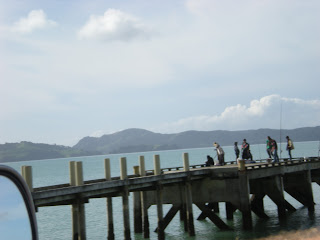 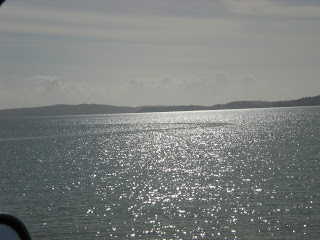 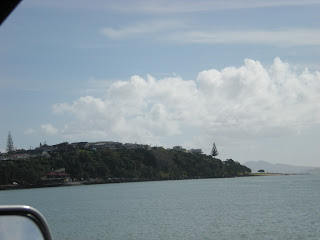 These photos just do not do it justice, the water was AQUA - seriously, and so serene! Just beautiful, that alone made the trip worthwhile... let alone the chance to just chat and reconnect with Mr. C. I did ring once and text a few times, and in the end I was told by Mr. C that he felt like he was having a date with the baby-sitters, not me (ooops), so I put the phone away!
BUT - here is proof that he was out with ME: 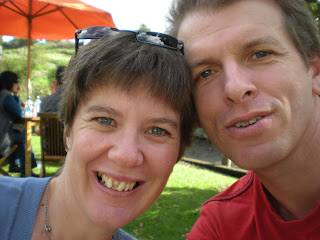 Button was a prefect angel for them as well - so we have booked them in again for my birthday next month... here are a few things she got up to while we were out: 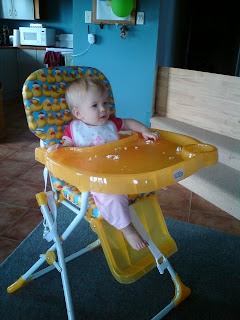 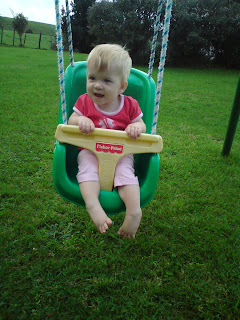 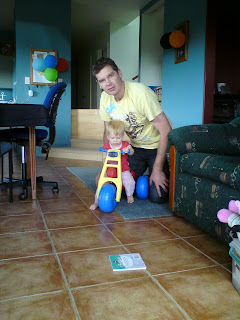 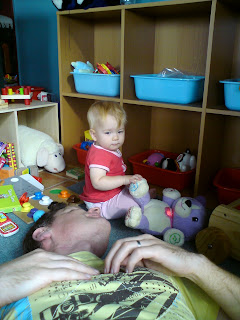 Doesn't look like she missed us at all! Yay for friends who understand my obsession with photos, and took some for me while we were away ;-)!
When we got home she was ready for her second sleep, so I fed her and put her down and gained myself another hour of peace...
Now that is what I call a perfect day!
So - Happy Belated Mothers Day ladies.
Elizabeth
PS - And just to make the day complete, Mr. C managed to fix the internet for us late that evening... we'd had a week or either NO internet or intermittent internet; neither of which was any fun! He'd tried fixing it during the week, but had given up. However he ended up spending from about 3pm-9pm that day on it (give or take a bit of down time for dinner and other family things etc), and eventually it sorted itself out and we're now back up and running! Hence why the lack of blog entries last week, followed by the glut of them tonight!
Family Friends Going Out