May 10, 2011
I love rearranging things - Mr. C has come home twice this week to the lounge rearranged; I haven't done this in a while, so the first time he was quite taken aback, but today he just asked me who I managed to con into helping me (I didn't - I did it all myself)! I didn't take photos of the first rearrange (I wasn't planning on changing it again so soon... but), however I have taken a few of today's change, and I must say it is my favourite look so far!
This was how it had been set up just last week (however, the new entertainment unit  has now been in use for a while, and had taken over the wall beside the fire where the little black unit is in these photos - so the lounge was looking slightly 'fuller' of furniture): 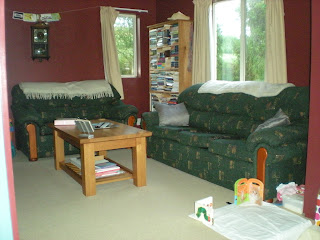 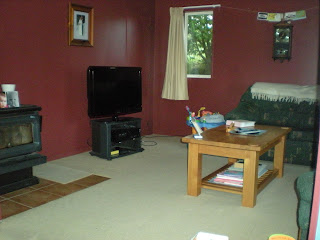 Now, however - this is what it looks like during the day: 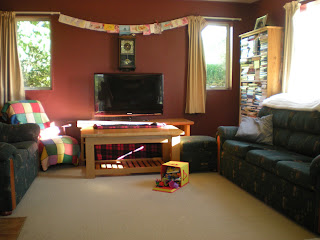 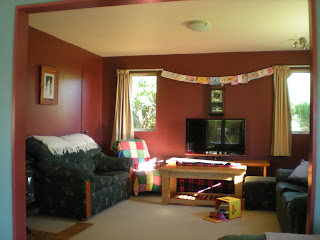 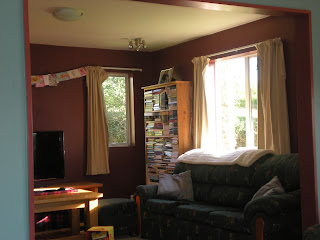 To the right...
And the reason the coffee table is hard up against the entertainment unit? To prevent that daughter of mine 'eating' the new piece of furniture like she has done to the coffee table and her cot; it also means we know she can't stand to close to the TV and ruin her little eyes!
And just so you know - all I changed around today was the TV and the 3-seater couch, so in order to understand the first rearrange, just look back at the three photos above and imagine the TV & coffee table in front of the window and the 3-seater under the clock against the back wall! It has been changed so that the TV doesn't get direct sunlight on it, or to much heat from the fire once the winter sets in... I like this look, think I'll be keeping it this way for a while now!
So you have now seen the child-friendly version, here is the evening look: 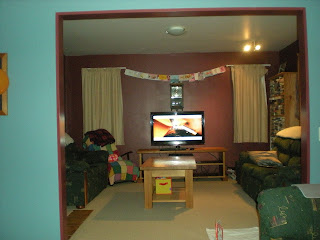 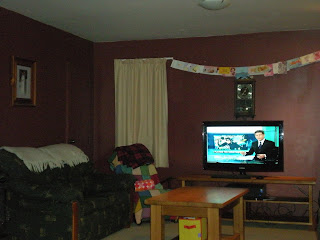 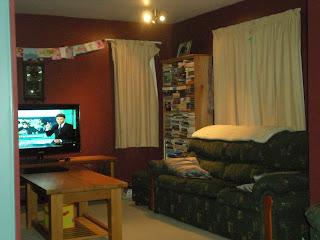 Haha - can you tell we were watching Campbell Live when I took these photos!
A close up look at the incredible entertainment unit in use (minus the draws still though): 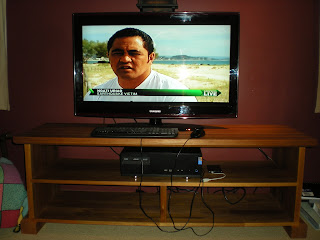 And here is a clue as to what the adults do when the baby goes to sleep: 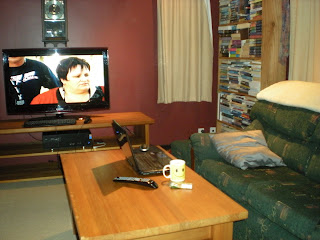 Laptop, hot drink, snack bar and remote - what more could a girl want for ;-)!
Elizabeth

PS - I was just looking at the coffee table, it has always had 'stuff' on it; but you can tell we now have a moving baby as it is completely clear (other than a small box of her toys) :-)!

MaxineD said…
Very good - much better than it was!! Just hope you did not blow a phoo phoo valve with the moving of the furniture!!
Blessings
M
11 May 2011 at 12:28