Showing posts from October, 2011
Show All

I was shaving my legs this morning... and I got to thinking; I wonder how many of us Mum's do this regularly these days? I remember as a teenager teasing my Mum for not 'looking after herself', and her response was that she just 'didn't have time'! I told her it only takes a few minutes a day to moisturise and a few minutes a week to shave... I don't think she took my advice to heart somehow; but now I understand. I don't actually think it is so much a time factor though - it is more a priority factor when you have little ones. This time there had only been a week between, but the only reason it was this close together is that I needed to wear a skirt... and despite the fact I barely touched my legs all winter - I wasn't going to go out in public in a skirt without a little priority taken to 'tidying up'! I feel better for it, and I am sure my hubby appreciated the extra effort (gosh - I even put lippy on before we headed out the doo
4 comments
Read more

Hmmm - this is a post I have been contemplating for a while now. It hadn't been written before now, partly due to tiredness and lack of time and partly because I needed to make peace with it myself. I noticed when I changed blogs and started over at my 'new' blog (this one), a lot of 'my followers' chose not to follow me over. This was despite the repeated reminders and regular mentions of it leading up to the change-over, and following it for a few months. There were links, and there were posts - well; basically I made it EASY-PEASY to know all about it, and what to do about it (hey, I figured if you knew enough to 'follow' me the first time, I wouldn't need to spoon-feed to that extent the second time)! But despite all the plea's and desperate reminders - I remained relatively follower-free for a long while (other than family and friends - thanks guys). Slowly others have since joined me though, new folks - people whose blogs I admire, it
10 comments
Read more 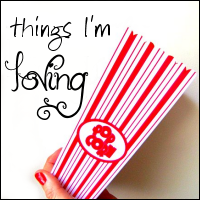 I wholeheartedly believe that no matter what is happening in your life, there is always something that you can be thankful for... no matter how simple it is.  As usual I am linking up with: PaisleyJade Friday 21st October I am SO going to do one of these posts this week - there is SO much to be thankful for... and it's not that there hasn't been the previous weeks, it's actually been my chaotic life. This has meant I have had almost literally no time to myself, let alone on the computer (hence the lack of posts in general)! So I am taking a moment to at least start this post while Button sleeps - doubt I'll get it finished, but hopefully tonight it'll all come together and be posted for you all ;-)! Saturday 22nd October Well it is now the following day - and once more Button is asleep, but once again I doubt somehow I'll get this finished in time to post... maybe tonight, or maybe tomorrow! Please note - I'll be sharing a LOT of
4 comments
Read more

I have a habit of looking at life as a 'glass half empty'... I would love to be more positive; and I guess it is something I can chose to do - but currently it is not something I have done anything about (except whinge and moan about it *cringe*). My husband is a 'glass half full' kinda guy, and is generally very positive - I have been known to drive him crazy at times ;-)! I have been doing the whole 'poor me...' thing lately, kinda. Button has had a cold, which has gone on much longer than anything she has had this year - she then is teething, and after four disturbed nights sleep, she is now waking at 5am and only giving me 1/2 hour day sleeps (stupid eye-teeth). I am exhausted, and haven't really had the time or energy to do anything. BUT then I read another blog post which you can find  here ... it has totally put my life back into perspective. I have been following Kristians blog for a long time - I grew up with his wife in Te Kuiti, and we ha
3 comments
Read more
More posts