Falling In Love With You...

June 24, 2012
My daughter is completely in-love with her baby brother... it is such a joy and privilege to watch; and I feel very blessed that that this transition has been so easy. The only thing I need to watch out for, is her smothering him in love, rather than hurting him (as some of the photos will show)!

I am constantly taking photos to prove this (I am sure they will come in useful later on when they are older and proclaim to 'hate' each other, which I have no doubt will happen at some stage)! But despite all the proof I have - there are still so many memories of things she has done and said that I have not been able to capture on camera... every day things you don't want to forget, and yet never find the time to write down or snap on the camera. But hopefully the photos I have got will capture the essence of these first two months; hard work, but so rewarding! 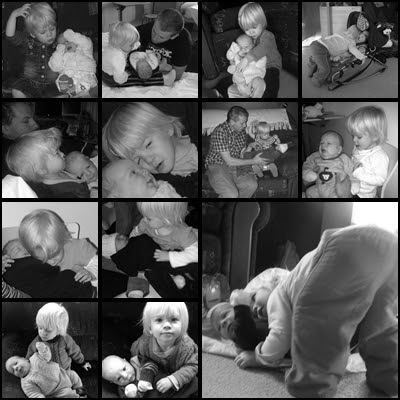 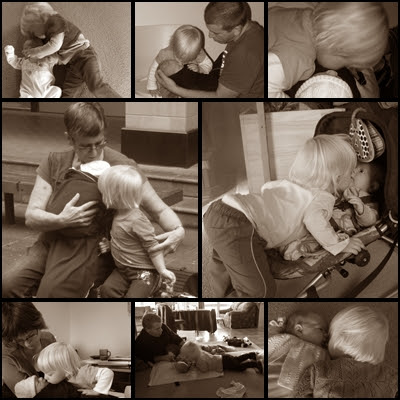 The sweetest thing is, is that this adoration is reciprocated... you see lil' M's face light up when he hears her, and he instantly turns towards her voice and searches until he see's her! it is the cutest thing ever; and not something I was expecting from them. I was prepared for the jealousy and physical reactions (lashing out), the frustration and possible anger. But the only jealousy shown as been towards hubby and sometimes close family or friends (Grandparents). She has just accepted he is a part of our lives at home, and she has to share Mum... but if hubby pays to much attention to him (in her mind) there is a little voice saying 'Daddy, no Asher'! Yet she is such a Mummy's Girl - I thought I would be paying the price; but she is quite happy to play while I feed or put bubs down for a sleep, doesn't worry or come looking for me (although will always require some direct attention afterwards)!

She is our 'little commentator', and lets us know exactly what is going on; 'Bubba wake', 'Bubba cry', 'Bubba sleep' etc. She will also come running to me if hubby has lil' M and tells me 'Daddy (k)iss bubba', or 'Daddy play bubba' (or the other way around). She needs to know everything he is doing, and I have already written up a post on the role playing that has been happening here!

It has been a tough, but extraordinarily rewarding two (almost THREE) months around here... and I am so blessed to be their Mama! 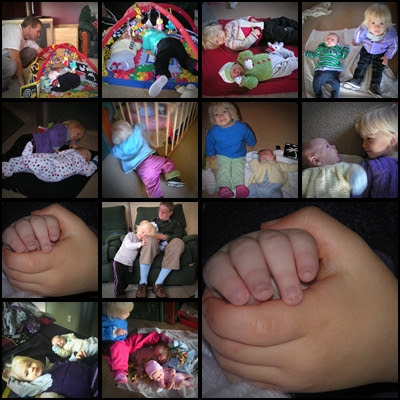 In this bunch of photos you'll see Button sharing her toys with lil' M (even her beloved Ruby - now that is LOVE); loads of photos of them together (if I am taking a photo of him, there MUST be some of them together and quite often some of her by herself also), just lying watching him, holding his hand (just SO cute)... and so many others besides.

It is such a joy and a blessing seeing them interacting together so well already, and I am looking forward to watching them grow up side by side!