My children are very blessed to have a whole heap of cousins of a similar age to them on hubby's side - and currently they are all growing up quite close together...

So our 'lil M will grow up with the only other boy cousin on that side (so far) being only 10 weeks apart in age - that is so cool, here they are when Baby A was only 1 day old: 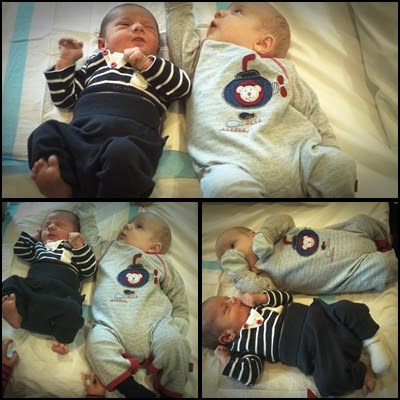 Makes such a difference at this age, and yet will be nothing in less than two years...! 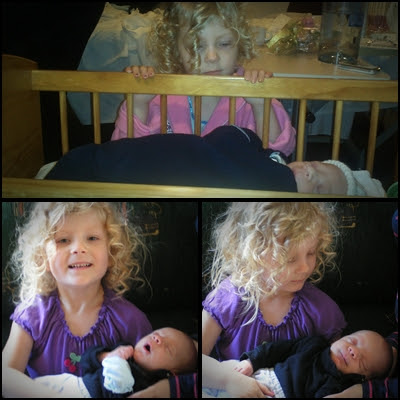 Button is younger than S by 13 months, which again is still making a difference - but won't for long, and little I is only 17 months younger as well! Here is a photo of the four eldest cousins taken at Button's birthday in May (Baby A hadn't been born then): 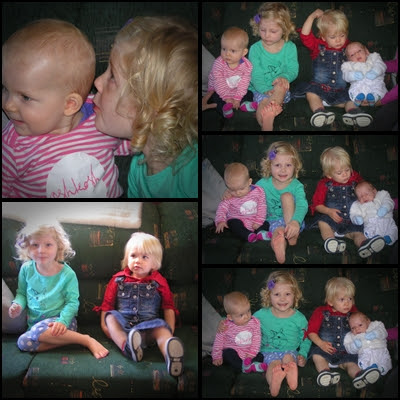 So - left to right (although it is probably fairly obvious):

Little I and then S (daughters to hubby's younger sister).
Then Button and 'lil M (who was only 2-3 weeks old).

Baby A is the first child of hubby's baby sister (hubby has two younger sisters).

I hope this is making sense, it is late and we got very little sleep last night... 'lil M was up for two hours at 2am!

But not to be left out, Button and 'lil M have a cousin their age on my side also. Munchkin is the only child to my younger brother and sis-in-law, and is only 3 weeks younger than Button, but is SO much bigger (about 10cm taller and 4 kgs heavier to be exact)!

They were going to travel up and spend the weekend with us recently, as they have yet to meet 'lil M; but Munchkin got REALLY sick (like temp over 40oC sick), so it had to be postponed. We were gutted, but are looking forward to seeing them some time in the near future when we can rearrange a weekend where we're all available again!

Because I can't show you any recent photos of Button and Munchkin together, so here is a collage from about Sept/Oct last year when they came and stayed with us: 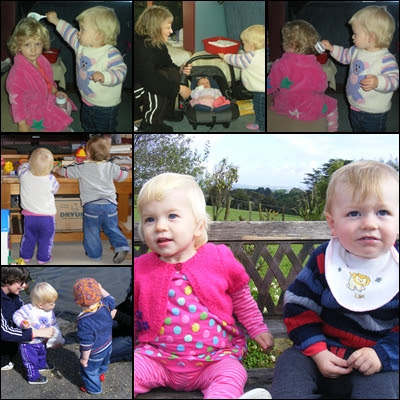 The top three photos are of Button with S, but the bottom three are her with Munchkin - doesn't she look so much younger here! You forget how quickly they grow until you start looking back!

Our two also have much older cousins who live in Australia, but have never met them yet... maybe one day we'll get the chance to fly over as a family and introduce them to their Uncle, Aunt and older cousins!

kiwimeskreations said…
Now that really is a family post - nice to know that they have cousins not only close in age, but in close proximity :-).
Blessings
M
10 July 2012 at 09:57

Amy said…
Still trying to find a time to come visit...and having to re-save the money for petrol again of course too, seeing as it got spent when Munchy Baby was sick!
10 July 2012 at 19:27