For every single cuddle and squish, for all the times I haven't been able to push you away or say 'NO', I am now going to pull out a hair... and as I have four months to catch up on first-off; I am going to make it one BIG pull: 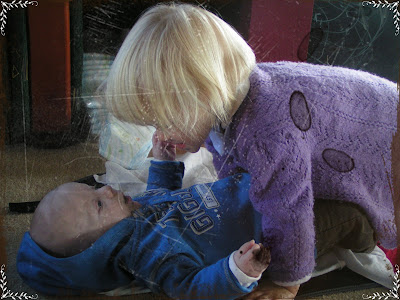 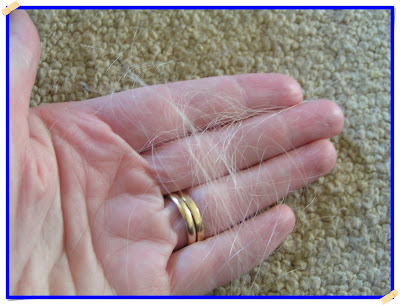 That was only half the hair he managed to pull out yesterday... poor Button got such a fright she didn't know how to react! But she took it in good faith that he didn't really know what he was doing (yeah, right), and saved up the story to tell Daddy when he got home from work!

Then later on when the kids weren't looking - we had a good giggle, and have decided he is going to be a force to reckon with soon!

Amy said…
Hehe, little brothers always are a force to be reckoned with! Little does Button know...