* Pooh's and wee's... it's been one of those weeks this week! Button was not going AGAIN; but the conclusion is - she doesn't get constipation, she has a problem with the connection between her head and her bottom. Yep - it's a head thing (my Doc said she has never known a child hold on like she can - it's THAT bad). Over a week this time; over a week people.

* Two days of tantrums... yep, pure unadulterated two year old-ness for two solid days. It was not pretty. I was not pretty - well, I was in a pretty grumpy mess; pretty tired mess and pretty OVER-IT mess; but not pretty! 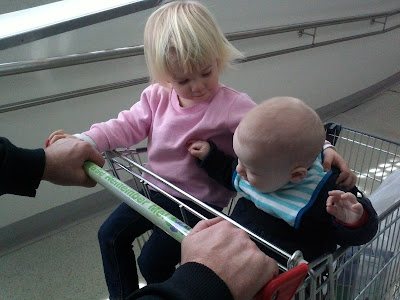 I know, I know - butter wouldn't melt in her mouth!

* Oh, but my baby is angelic (he's not two yet)! A smoochy, chubby, smiley angel - one you just want to squeeze all day! 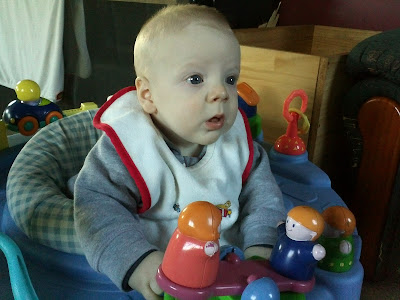 * Onto other matters... we celebrated 8 years of marriage this week! Yeah baby - we celebrated; nice home-cooked meal after the kids were in bed (hubby cooked, it was NICE), then a quiet evening in front of the TV! Hahaha, cheap and easy - that's me!!!!!! 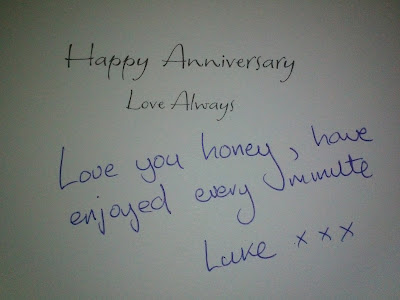 Awwww, but I love that we both were content with that... neither of us wanted to farm the kids out and paint the town red (at least not this year anyway)! 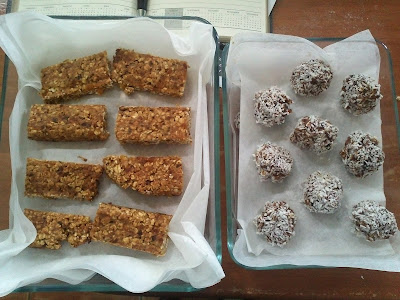 And I let Button help... yep, another miracle: 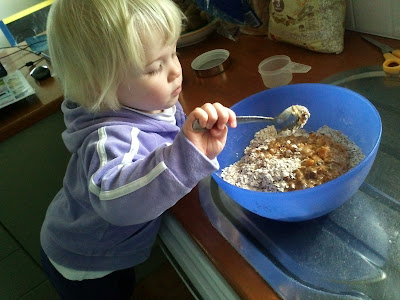 * The problem with all these miracles, as I see it, is that they have caused expectations... I am no 'Earth Mama', but I see hubby looking at others and inwardly sighing - he really did get the rough end of the stick marrying me! He was SO super-excited to hear and see these treats and has made a big song and dance about them, and eaten heaps (and on top of that - has been offering advice on how to improve taste next time... the cheek of it); and now wants more, ahhhh!!!!!

* Another dilemma - I can feel the urges of some long hidden 'Earth Mama' arising in me, but I am scared of letting her loose. I just don't know what she'd do or how far she'd go - and the chances are, I'd never again live up to 'her' and 'those standards' (I am not known for following through on; well, anything really)! What to do, what to do... I think I can feel a whole new post coming on!

* Why is it that toddlers (Button in particular) wake up early on the weekends, but insist on sleeping in on a Monday morning? Seriously - the last two weekends she has been awake between 5:45am and 6:15am, then BOTH Monday's she didn't wake until after 7am and hubby totally missed her - he'd gone!

* Well - the weekend is over once more... daylight savings has arrived, and hopefully so has the sun; the weekend weather has been delightful!

* Today was our niece's 1st birthday... so here is a pictorial collage of the day: 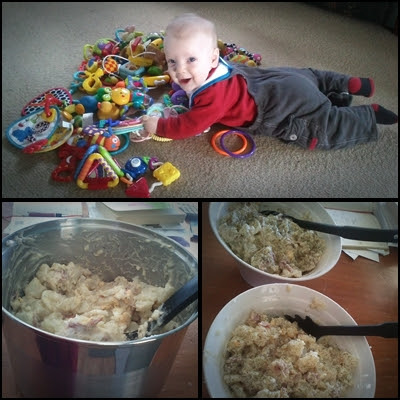 Pre-Party Prep: a BIG bowl(s) of potato salad as requested!
Plus a cute photo of 'lil M I couldn't resist sharing - Button had offered to get him 'a few toys' to play with when I popped him down on the floor briefly... 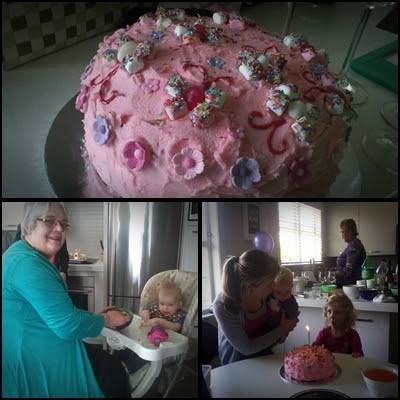 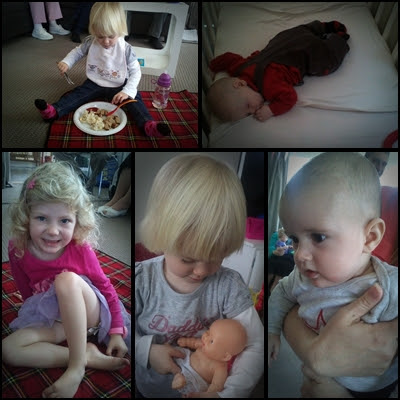 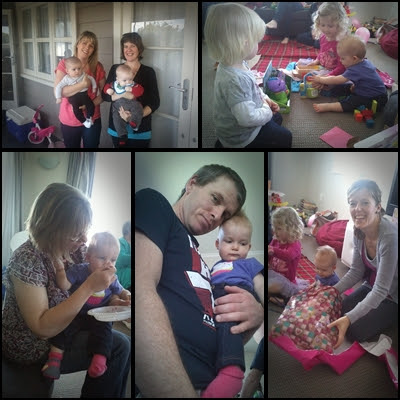 More photos of cousins and Auntys and Uncles and Nanas! 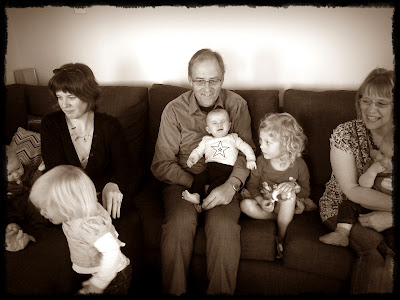 And there has to be one!

We just wanted a photo of the Grandparents with the five grandkids... but there is always one in every family who just won't cooperate on the day! Today it was Button's turn - not sure if you can tell in this photo, but she was running away screaming; and had (by this time) upset her baby cousin (on Grandad's knee), and of course amused everyone else in the process!

And there you have it!

kiwimeskreations said…
Had to smile at the last photo - there is one in our album and one of your cussies was screaming!!
Enjoyed the whole post, and I love the sound of the 'earth mama' being released :-) .
Blessings and love
M
1 October 2012 at 07:48

Ange (Tall, Short and Tiny) said…
Oh my, she held on for a WEEK?? That must be...uncomfortable for her (and could explain some of the tantrums?), poor wee thing. Hope it gets sorted soon.
Looks like a great family time for your niece's b'day xx
1 October 2012 at 16:10