November 14, 2012
I have finally got caught up naming all 400 odd photos sitting on my computer... and think some of them are well worth sharing with you all (bare with me *grin*)! This is post is going to be photo-heavy; don't say I didn't warn you! 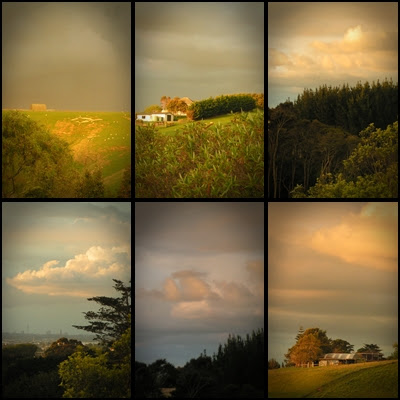 12 November 2012 - an A.M.A.Z.I.N.G rainbow, one of the most spectacular I have ever seen; seriously, the photos don't do it justice! You could see end to end, but none of my cameras had a lense wide enough to capture it, and the sky really was an odd colour... 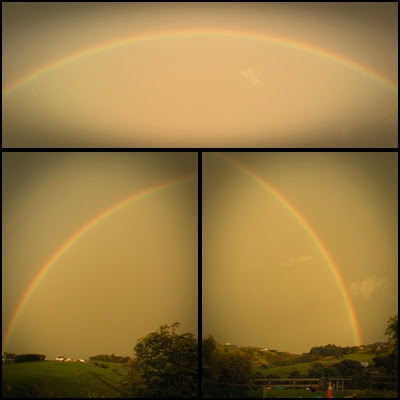 13 November 2012 - THAT STORM, we had two hours yesterday of lightning, thunder and hail... I haven't seen a storm like this in years! It was so bad it frightened the cat, and as you can see (bottom, middle photo) she went and hid behind the couch! Button was fascinated by it all, and spent a lot of time standing at the windows watching it. 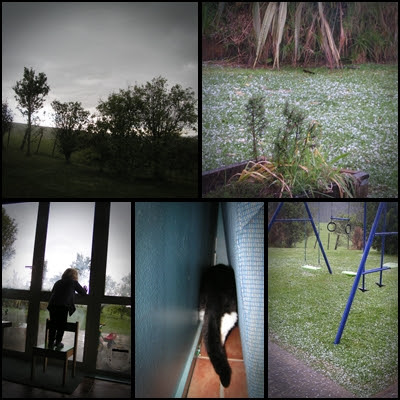 13 November 2012 - Fun outside AFTER the storm... Button was itching to go outside throughout; but it was severe enough I kept her in. However once everything settled, she got the go-ahead to jump in the puddles to her hearts content; she is one outside kiddo! 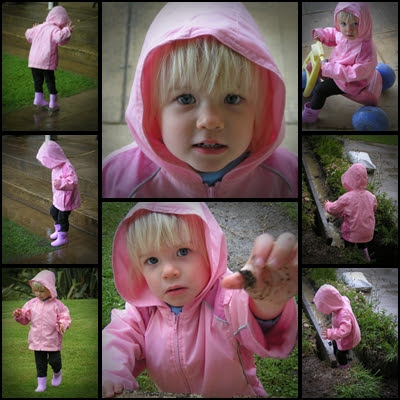 13-14th November 2012 - The feet! 'lil M has discovered his feet... he is in-love with his feet; and if he can't get them into his mouth there is often a roar!!!! The first photo in green is not good quality - but I love the 'closed eyes grin' he is giving me; the rest were taken after his bath tonight! Poor boy has to deal with pink towels, the joys of being child number two *grin*!!!! 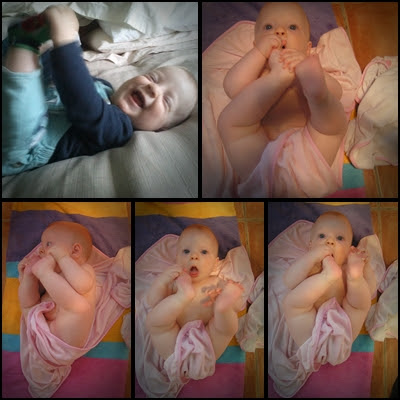 Hope you enjoyed the photo update of my little family in November... there were so many others to try and chose from, but this lot won!!!!

kiwimeskreations said…
Loved them all - there is a photo of you somewhere in a bright yellow raincoat and gumboots to - at a similar age :-) History repeats.
Love and blessings
M
14 November 2012 at 22:11

Callie @ infinitemonkey.co.nz said…
We didn't get THAT storm! We waited and waited, but it passed us by :/

Love the splashing in puddles pics - I wish I could go back in time and enjoy that. Actually my mum NEVER let me, which is probably why I encourage it in my kids so much!

btw, if you ever want the ultimate muddy puddle/messy play coveralls to stop the lil one's clothes from getting mucky, google 'mud mates' made by a lovely Hawkes Bay lady - seriously they save me from having to keep a drawer full of messy play clothes, especially for Playcenter and stuff. :)
18 November 2012 at 15:05

Amy said…
Your poor pussy cat! Looks like Lydia thought the storm was fabulous though. Grin.
20 November 2012 at 06:32