I think I am FINALLY getting it!

December 13, 2012
The whole motherhood thingy... it just never came naturally to me AT ALL, but after 2.5 years; I THINK I might actually be getting it! Now they'll probably throw another curve ball at me, send me into a tailspin and I'll start to question my sanity once more!

But lets just say - that right now it is all good... we still have our rough days, don't get me wrong; but I am no longer carrying around an overwhelming 'I'm just not capable' feeling with me 24/7! Most of the time I feel in control, and like I can cope / handle most things the kids throw at me (without losing my cool - ahem)! Of course, after thinking about this yesterday - we had a rough night with the baby (over-tiredness and teething totally blew everything out of proportion)... but today is a new day, and we're (I'm) okay again!

It's funny huh - I used to judge those who would say that being a parent didn't come naturally to them; and assume it said more about them than anything else... but now the shoe is on the other foot, and it's me that hasn't found it a natural or easy transition.

The strange thing is I had all the "hallmarks" of being a great Mum:
- Grew up in a small church; so grew up around children and babies of all ages. You saw me, you saw the latest church member on my hip *grin*!
- Have always had a deep love and interest in small children; and a connection with them.
- Trained to be an Early Childhood Teacher, and did work as one for many years also.
- Was either teaching Sunday School or helping in creche from about 14-15 years old, and ran creche for many years; I only stopped being involved in these ministries when we moved to Auckland a few years ago.
- Have never been interested in a career, was quite happy to aspire to becoming a good Mum and 'homemaker' (for want of a better word)!
- Did Home Economics through High School - topping my class in 5th Form (Year 11 now I think), and coming 3rd in class in 6th Form (different school, and a much bigger class)... did a National Certificate as well, and got a good grade.
- Was voted to be the youngest to marry and have a family in my class - hahaha, was 29 before we got married, and 34 by the time Button was born!!!!
- Assumed I would love getting married and raising a family; and assumed it would come naturally and happen at a reasonably young age.

And yet - when push came to shove; life just didn't pan out the way I planned... and reality was a much harsher teacher than I had ever expected. But - it's getting better, and I am starting to believe that I CAN actually do this without traumatising my children TOO much!

It's funny the things that have come naturally though, things such as:
- Eating chocolate
- Procrastination
- Dramatics (I REALLY should have been an actress *grin*)!
- Selfishness
- Tears... oh, so many tears!

Yet - cooking and housework have never been natural talents, despite all my years in Home Economics; Noddy (my 5th Form Teacher... oh, I so can't remember her actual name; just her nickname) would have been shaking her head in dismay at some of the meals I have tried feeding my family these past two years! So with these two against me, you'd have thought I would have guessed that parenting wouldn't have come easy... but oh no, I blithely went along assuming I was a natural!

But what's not to love about parenthood -
who couldn't love these sweet little faces: 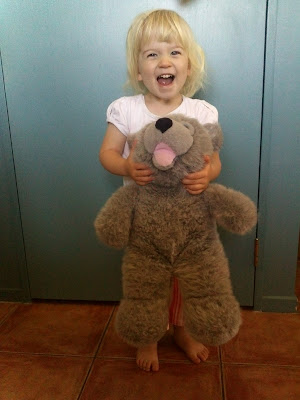 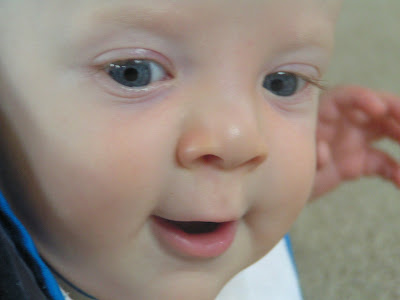 I am much more relaxed now, and I think my parenting style and the children are starting to prove this... I don't panic and second-guess myself all the time, and I also now understand that children don't dissolve if we have to leave them crying / whinging for longer than they (or us) would like! My boy in particular, is very laid-back and content - I suspect that is partially because being number 2, I have never been able to be at his beck and call (unlike his sisters first few months)... it is also partly personality; his sister is a drama queen (like her Mother), and thus there was always the propensity towards histrionics and other such things! He is also the happiest kid ever, it is so sweet... even on his worst days, he has a smile for anyone who pays him even the slightest attention!

I am getting the hang of, and starting to really enjoy the cooking also... these have been a number of new recipes tried (nothing terribly hard yet, mind you); some of which will be repeated - some won't! But hey, I have tried! 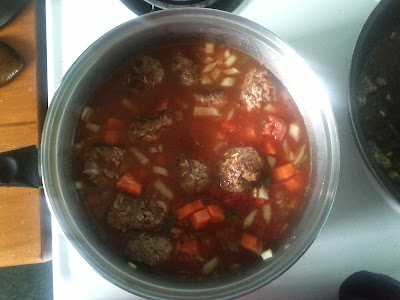 Spanish Meatballs courtesy of Food In A Minute
It still looks nothing like the original photo, but it tasted good!

I am baking, the latest being a gluten-free carrot cake for hubby's birthday... would never have attempted this in a million years a few months ago! 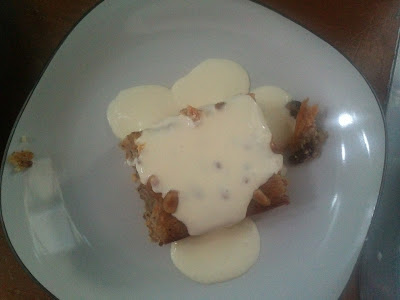 I am fitting all these things around the kids during the day... something I never thought I would be able to do; I always felt so inadequate when I saw other Mums cooking and baking while the kids were up (and happy *grin*), and I seriously believed that I couldn't. I'm not sure where that belief came from, but it has been banished now - especially after the carrot cake! Button loves 'helping/watching' me in the kitchen, so as long as 'lil M is either occupied and happy, or asleep - lots of things can get accomplished, even with a two year old!

I am doing better with the housework also... still never on top of it, but I no longer beat myself up over that also! Button's room has been a PIGSTY all week, I never normally let it get this bad - even hubby said something yesterday; but we eventually got into it today, me and her, and it is now lovely and tidy again! I had been meaning to all week, it just never happened - but you know what!?! Who cares!?! The floors have been vacuumed this week, and the bathrooms / toilets cleaned; there has always been food on the table, and clean clothes (maybe not in draws, but clean anyway) - so overall, I am pretty happy with the general state of things.

And all in all - I think I am finally getting it... the cloud has been lifted, and I am understanding that my life revolves around them now; and not the other way! Don't get me wrong, I am not going to 'lose' myself in them - I take time out for me regularly; but that is a bonus (and sometimes necessity) and not an expectation, which is how I had been treating it!

This may mean that there are times this little blog will be quieter than others, as real life calls (sick kids, family holidays, busy seasons)... and I am no longer going to feel guilty! But then I'll be back - it IS a necessity for me, like breathing... writing is cathartic!

And one of those times of real life and minimal entries is now, the little one is awake and calling me... and Christmas is on our doorstep!

kiwimeskreations said…
Awesome post to read my dear - I got to the point if the family and the clothes were clean, the house sort of, and everyone well fed, then all was (as you say, sort of,) well!
13 December 2012 at 16:59

Lee said…
Always knew you would "get it". Glad the cloud has lifted. I know that this year the fog has gone for me & I've enjoyed the b'days, Easter, special events etc rather than just being there, I've enjoyed them. Keep on enjoying all the moments cos as you know they always keep changing & enjoying letting that happen is AWESOME! XX
13 December 2012 at 17:13