Welcome to Sunday Snippets once more, last week we lept from three link'ers, up to four link'ers! Wahoo, totally thrilled about that... if we keep jumping by 33% each week, it won't take long before I have HEAPS of you linking in :-)!

Hope you're ready for this week, I need all the support I can muster up - we have had a quiet week, thus I have very little to 'show and tell'!

On Sunday afternoon (last week), we had a lovely family time - I did a whole blog post on this, which you can see here, but I will insert a couple of photo collages here as well: 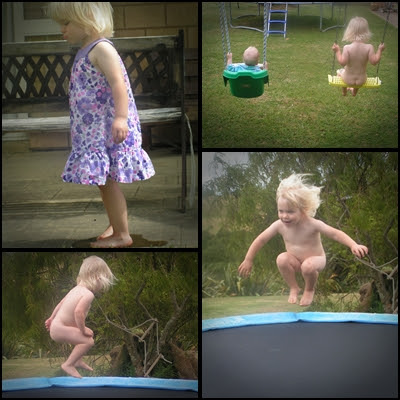 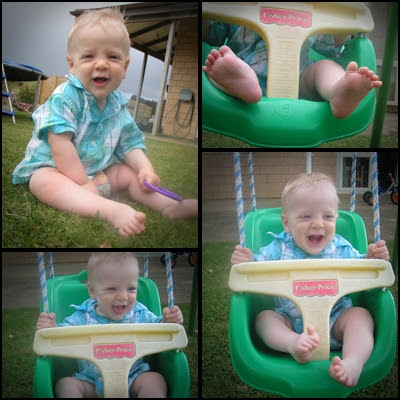 On Monday hubby was out most of the morning doing errands, and I got a serious taste of what tomorrow is going to be... including a whole hour of tiredness-induced tantrums from Button. Oh yes, fun, fun, fun!

And that pretty much sums up most of the week - hubby went out four of the five days this past week, generally doing errands; sometimes he'd take Button! But the saving grace was - I had friends over three of the next four days... and the other day was the day we all popped out to visit friends!

Okay; I think I can manage to squeeze a few more words out, and fill up a bit more space!

I said I wanted to entertain more this year - it has started with a rip and a roar, with friends over on Tuesday and Thursday for playdates, and catch ups! Button is really coming into her own, and I am SO proud of her - she only takes a few minutes to warm up to people now, and will then chatter away pretty much to anyone who pays her attention! On Thursday my friend brought her 7 year old son over, and they sat together on the same seat watching Josh's "Thomas" DVD, it was SO cute!

On Wednesday we popped out and spent the afternoon in Waiuku with some friends who had moved out there... their little ones are both about six months older than our kids, so everyone seemed to play well together when necessary! We hadn't caught up with these friends for ages, but we had a WONDERFUL time, and are hoping to get out again soon - as they move into their own home this coming week! I want to see it ;-)! We then started, once more, contemplating a move further south - as we just can't see ourselves ever affording a house in Auckland either... but for now our life is here, so here we'll stay.

On Friday I had a friend I met through Playcentre come over for the day (she had been working as a nanny when I met her, but has since left that job); I am so grateful for single friends who love my kids... she is SO good with them, and both the kids respond really well to her! It gives me a chance to do something without little ones hanging off my legs - so I spent the afternoon baking, and chatting with her (of course), while she played and loved on my kids! 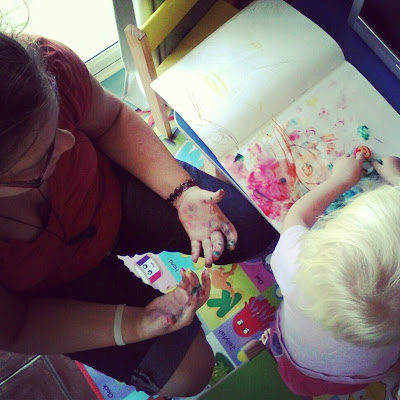 Unfortunately the baking (well, some of it) was a dismal failure - after discussing the whole 'bake v grill' with her, I then  proceeded to cook my 'chewy almond orange gluten free biscuits' on grill, not bake. They still taste nice, but look TERRIBLE! So disappointing; as they're quite fiddley, and I am just not convinced I want to bother trying them again... but I might just have too, as I would really like to know what they actually should look and taste like! 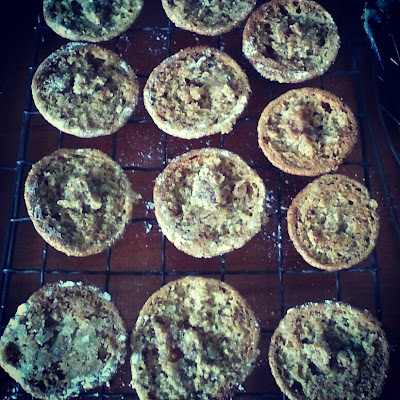 Then that night my friend BABYSAT, while we got to go out and have some child-free time... so desperately needed, it has been a LONG time! The funny thing was - both kids woke up with full nappies; so unusual! However, they both settled really well for her, which we were so grateful for! Of course we had told Button what was going to happen, so she was fine - but 'lil M had no idea... but he just took it all in his stride, and apparently played up to the max (in a good way, giggling and smiling like he was expecting her; and she totally feel for his charms by the sounds of things)! But we're SO old and tired, we were home by 10pm... oh to be young and full of energy once more, I'd never take it for granted again!

Saturday was a fairly quiet day - we went visiting again, this time we caught up with some of hubby's friends from way-back (they're like a second family to him)! They hadn't seen 'lil M since he was just a few weeks old, and last time we were there, Button was going through her anti-social stage as well... but this time both of them charmed their socks off, and everyone cooed over the baby, and laughed with the toddler! Boy, does she like centre stage - as she is relaxing and starting to enjoy the attention, this is becoming more and more obvious! But it's so lovely to see; as you do start to wonder and worry when they scream and yell every time someone says hello... (and it's just a tad embarressing)!

This afternoon we are meant to be catching up with some other friends of hubby, they have a little boy just a week older than 'lil M (but from all accounts and purposes, he is much bigger and doing a lot more... will be interesting to see)! It'll be lovely to see them, and we are quite looking forward to it :-)!

Then reality hits as hubby heads back to work on Monday... while on one hand I am not looking forward to it, on the other I am ready for some routine again; and just quietly - so is he, and the kids!

kiwimeskreations said…
Sounds as though you had a VERY normal week :-). Bummer about the bikkies :-( You are not the first to have done that!!
Love and Blessings
M
20 January 2013 at 10:35

Anonymous said…
Loved reading this Elizabeth! Love that pic of Button's nudie bum on the swing as well - so cute :) Glad you got some kid-free time as well, even if you did pike early ;) We will never take that for granted again - living over here we never ever have anyone babysit the kids; no-one close enough we trust, and now we have moved to a completely new town once again I don't think a kid-free moment is on our horizon for a long time :(
20 January 2013 at 15:08

Ange (Tall, Short and Tiny) said…
Tee hee, I love that you said you'd had such a quiet week yet ended up with a decent-sized post in the end! Yey for date night - I'm hanging out for our wedding anniversary at the end of Feb for my long-awaited date with my love xx
20 January 2013 at 19:32

Jollym said…
I totally do the same when baking, the stuff looks awful but tastes delicious :) Linking up for the first time, thanks for hosting :)
22 January 2013 at 00:10