Took my full license test yesterday, and passed... apparently, only just though! However, as much as he told me where all my mistakes were and what to improve on, he also said he felt most of them were actually due to nerves, and could tell I was a capable driver generally speaking! So I was grateful for his understanding, despite his gruff and rather abrupt exterior (admittedly, he did chuckle at hubby's joke - called out to me as I was about to hop into the car to take the test; so guess the abruptness is his work-face)! 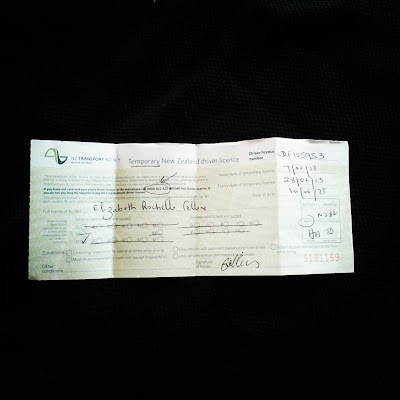 This was probably my toughest 'Little Thing' to do, to be honest... I have been putting it off for years; but now it is completed - I feel a weight has been lifted, and I would highly recommend getting it done if you are still sitting on your restricted! These days, getting your full license is easier than getting your restricted - no parallel parking, just general driving around your area with the usual stop/give ways/round-a-bouts/intersections/changing lanes; basic stuff you do EVERY.SINGLE.DAY; the main difference is having to talk through the hazards as and when the instructor asks!

SO - there it is people, it is done (and I passed) and I am so darn proud of myself!

Amy said…
Wahoo! Well done. I do hope the celebratory coffee was excellent and that you totally enjoy crossing 'license' off your list!