It has been a week of highs and lows here... I guess that is a typical week for the majority of people; but it felt rather extreme for me!

The lack of day-sleeps has finally started to really get on top of Button, but she is still stubbornly refusing to sleep... so Monday saw an almost non-stop 4-5 hour tantrum, from between 2-3pm right through until bed at 7pm. By the time hubby got home at 5pm I was well over it all. We knew it was just tiredness-induced, but that doesn't change how frustrating it all is! She, for only the second time in her life, screamed all the way round a shop (much to my mortification)! And that has pretty much summed up her week - she has really struggled with it all this week, and we have had tantrum after tantrum. I finally convinced her to sleep on Friday, and again this afternoon - but that is all (actually I got 45 minutes in the car on Monday after the shopping)! But in saying that - Friday worked out well, as she was asleep by 8pm that night; but tonight it was after 9pm - so the day sleep will probably make very little difference in the long run.

Anyway - onto other far more interesting and positive matters!

So, this week has consisted of (again, in no particular order): 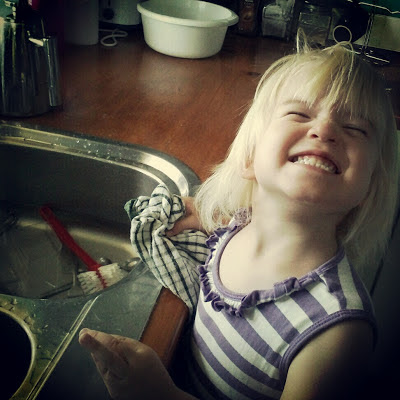 Button discovering the delights of 'washing the dishes' for us! 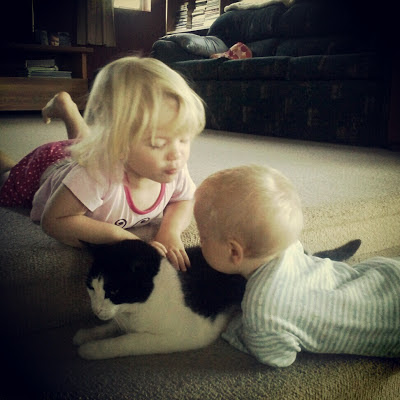 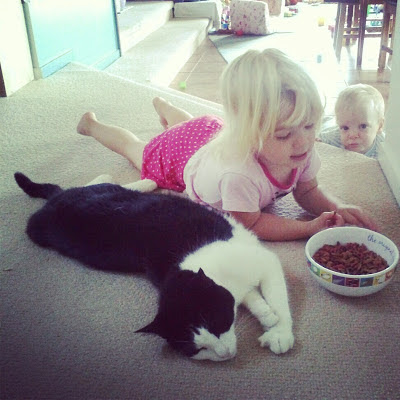 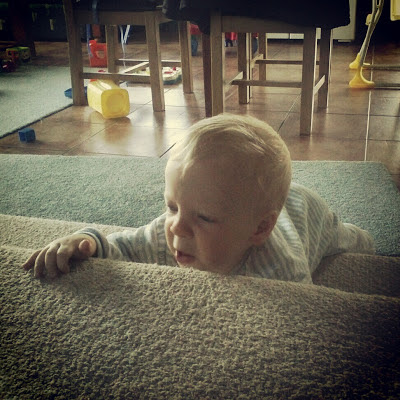 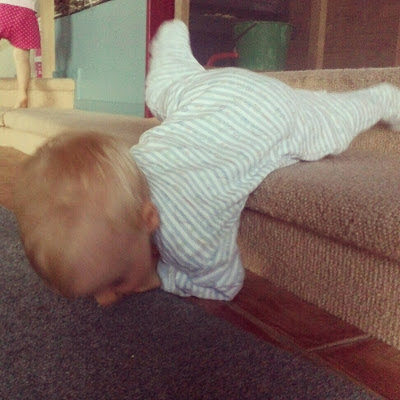 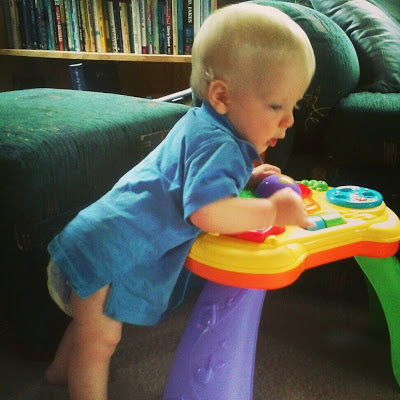 'Lil M has mastered a few new tricks:
- Climbing up the steps by himself
- Getting down the steps by himself (albeit, in a rather unconventional manner)!
- Standing up... he is trying to pull himself up now, but generally needs a helping hand to do that; but once up, he is now able to use other methods to stay upright. Up until now he has only been able to stand with our help. 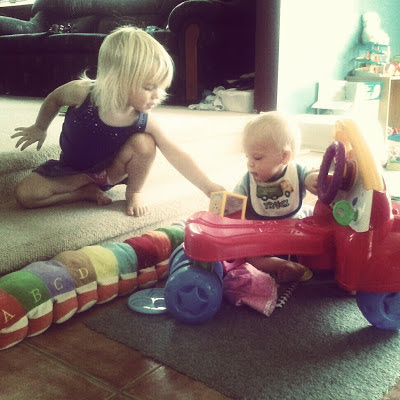 The children also managed to play nicely together, giving me a brief period of peace one day! 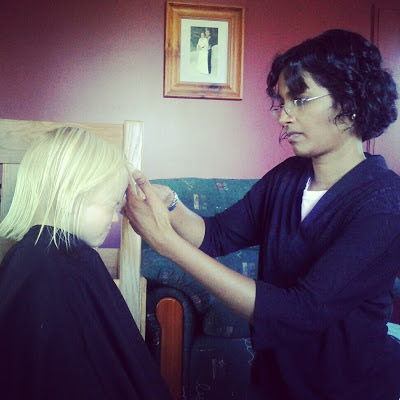 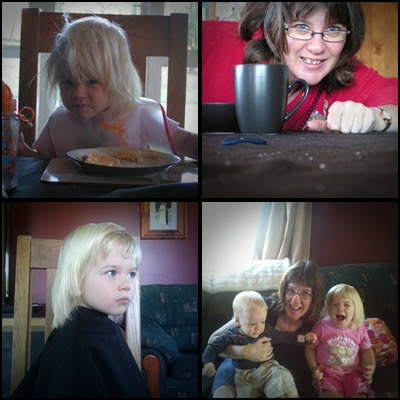 As the above photos show, Button and I were both in serious need of a mop-chop!
Before and after photos... MUCH improved! 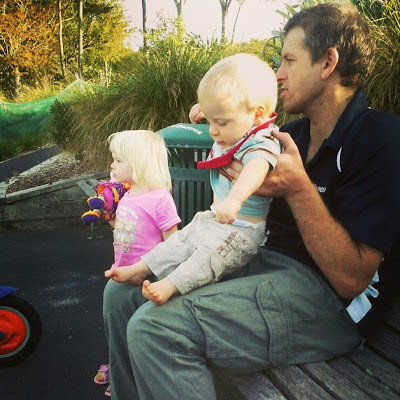 Family walk after dinner one evening, down at the Botanical Gardens... my three most favourite people! 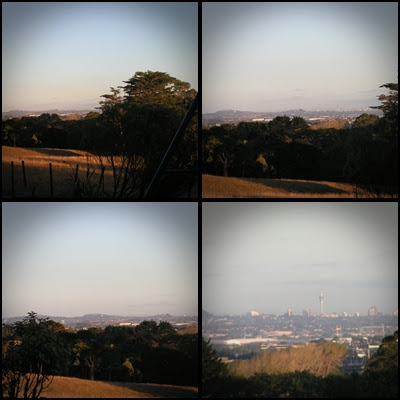 The sun just rising over Auckland City one morning... stunning!

And then it was the weekend... praise God!

Saturday was a busy day at home, with loads of little jobs getting done that had been waiting:
- New carpet put down in the kids play area (no more tripping over it in the hallway when checking on Button at night)!
- Downstairs toilet flushes again!
- My draws are in our bedroom!
- Our bedroom has been rearranged to fit the draws now!

I also got to catch up with a good friend whom I hadn't seen for a LONG time... she happened to be in Auckland for a few days, and it was only by a chance convo on Facebook that I even realised! On discovering she was only staying a suburb away, I contacted her and she popped over for lunch - yay!

Then last night, knowing how busy today was going to be, hubby and I popped out to do the grocery shopping once the kids were asleep (neighbours graciously baby-sat them for us)... we were out of eggs and cheese, and had to scrounge milk off the neighbours a day or so earlier. It was one of those weeks - but cupboards are almost full again, just need to get some meat, fruit and veggies early this week! Remind me to never take him again though, budget went right out the window ;-)!

Then we hit today... we passed on church again (tsk, tsk) to head off to the wonderland of Kelly Tarltons. We spent the day with Charlotte, it was our last chance before she flies back home to England this Thursday! The kids had a ball: 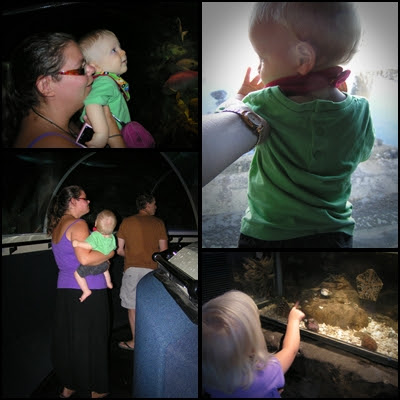 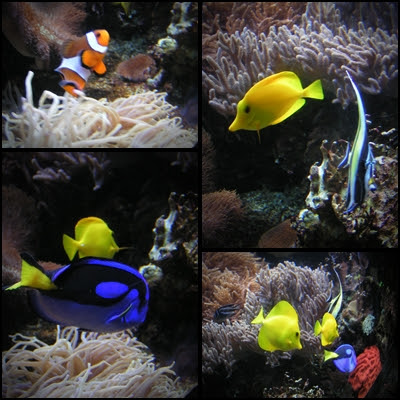 We all then headed down to Mission Bay for a picnic lunch:
Be warned - REALLY photo heavy here: 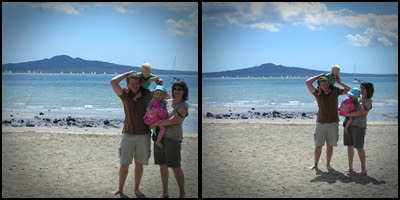 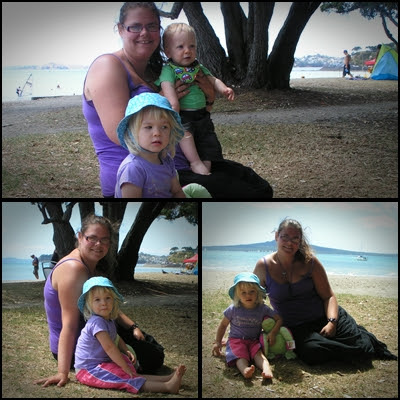 Charlotte and the kids

Below a few of my favourite 'instagrammed' photos! 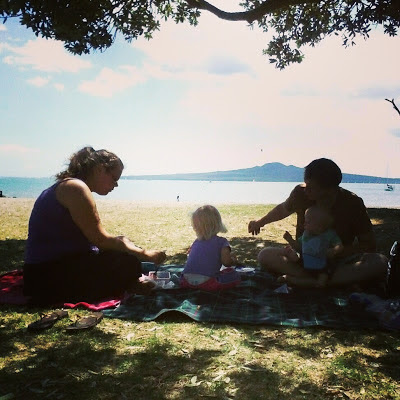 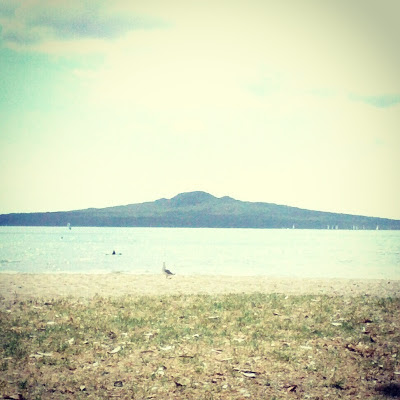 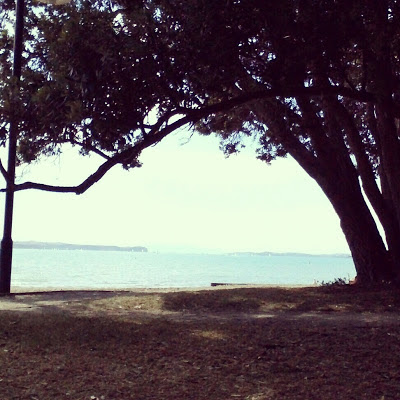 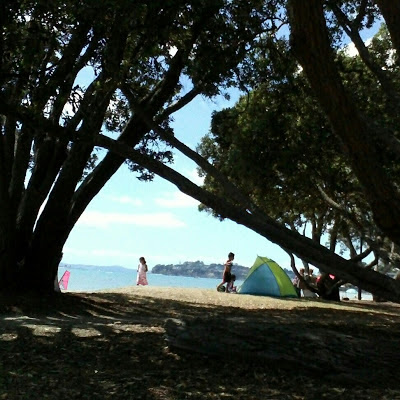 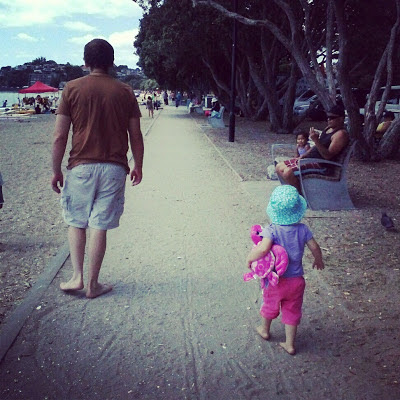 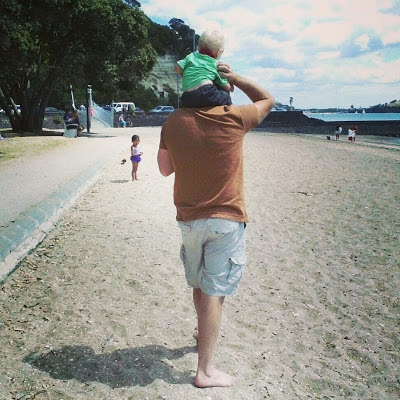 We live in a truly beautiful city... it's so easy to forget that, here are a couple of 'instagrammed' photos I took from the car on the way home: 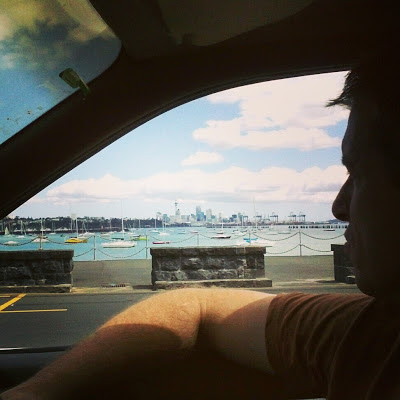 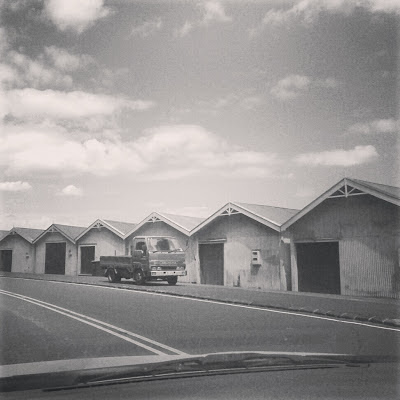 BOTH the kids crashed when we got home, giving us a bit of down-time (although we paid for it this evening with Button...)!

And then to finish off a lovely day, there was a gorgeous sunset this evening: 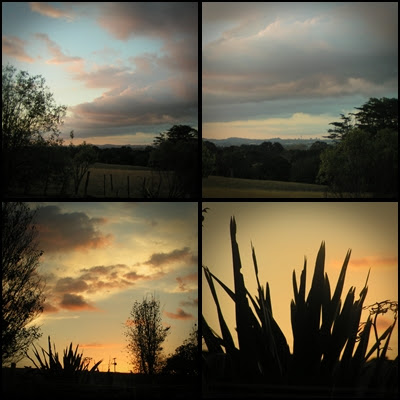 And it is now WELL past my bedtime, and everyone else is asleep (I hope *grin*), so I will sign off and get this posted and ready for you to all link in!

Thank you to everyone who linked in last week!!!!

Amy said…
Love the photo of you and the kids (post hair-cut), and the side-on one of Charlotte with Button.
And the boatshed one - looks stunning.
Yeah, Boyo doesn't often shop in our house either but when he used to, little extras tended to creep in. Grin.
Amy
25 February 2013 at 11:07

kiwimeskreations said…
It'a a man thing, that budget blowing - I still have to say no to DH on occasions!!
What a busy week - and some of your photos are truely fabulous.
Blessings and love
M
3 March 2013 at 17:41