Committee With A Cause

September 17, 2013
I would like to introduce to you
The TNT Trust

And Tony
The reason behind the Trust 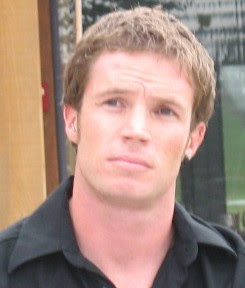 A photo I took of Tony only 10 days before his tragic death...

15th April 2008 is a date that will be burned into many memories here in New Zealand... it is the day that 6 students and a teacher (Tony) from Elim Christian College in Howick, died in a tragic canyoning accident in the Mangatepopo Gorge (central North Island).

I remember the day after well - the news only came filtering through the evening of the 15th over the radio... we'd been out for dinner, and heard the first indication something was wrong on the 10pm news; at this stage they were only saying that there were students missing. Of course by then all seven had passed away - but families needed to be notified, and all the bodies found and formally identified, before anything could be released to the Press.

It wasn't until I was at work the next morning that I got two phonecalls to let me know that it was Tony, a friend of ours, who had been the teacher killed. You can read his story here, or you can go here for a myriad of other stories on the tragedy. I won't go into details, nor relive the day(s) for you in my words - it doesn't bring Tony back, nor does it explain to you what this post is actually about...

Tony had been over in Nepal for six months teaching just the previous year, and in that time he'd fallen in-love with Nepal and the people... he came home passionate to help them, and had been working on ways in order to make that happen ever since. 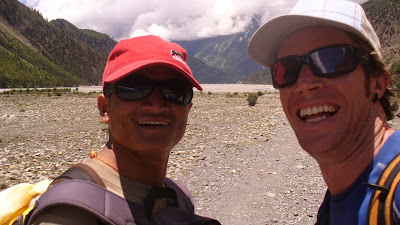 Tony in Nepal with his Sherpa in 2007

He had been living in Garambesi, near Pokhara, in the Lamjung District, and had sent us (us being a group of friends from church, not just hubby and I personally) e-mails and photos trying to describe the place, the people and the beauty: 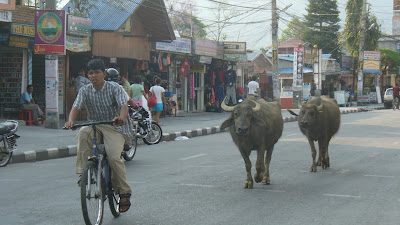 Above - the Main Street of Pokhara
Below - Lakeside Pokhara 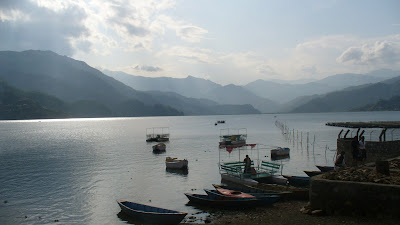 Suffice to say - in the following months after his tragic death, a small group of Tony's family and friends got together, and in his memory set up the TNT Trust to honour his vision (TNT standing for The Tony McClean Nepal Trust), and to follow through on his dream to help the people of Nepal.

I was asked to join them a couple of years ago now, as their Minute-Taker... I thought about it briefly (being pregnant with 'lil M at the time, I hesitated knowing I'd be out of action for a few months after his birth), but was encouraged by hubby to give it a go; he believed it would be good for me to have something outside the home to focus on. Lets just say - BEST DECISION EVER, and move on!

In the time I have been involved in the Trust - I have known of countless lives changed, seen the photos, and heard the first-hand reports; it has been inspiring! A lot of folk on our committee have been over to Nepal, and have seen first hand the difference some of our projects have been making; I can't wait for it to be my turn... to turn all the names I have been slowly learning into real people, with real faces and real stories; to see those majestic mountains, and the tiny tin huts with my own eyes. To see the fresh water, that has literally changed lives, through our (slightly) selfless efforts as we arranged for filters to be sent over (I only say slightly on my behalf - I fear I do very little in the big scheme of things)! To meet the faces behind the photographs, of the teachers we are helping to reach the next generation...

It is exciting, it is rewarding and YOU CAN HELP!

I am not asking you to join the committee, nor am I asking you go on the next trip to Nepal (which will not yet be including me either I might add)... I am not even asking you to be especially interested in TNT specifically.

But I am sure, unless you live with your head buried in the sand - that by now you'll have heard of Live Below The Line, and you may also be aware that it is 'Live Below The Line' week NEXT week! So from September 23rd to 27th most of our Committee and many others around New Zealand, will be living on just $2.25 worth of food each day! Everyone involved is raising many for a good cause - there are many charities and amazing organisations who have signed up (Childfund, World Vision, Tearfund, Oxfam, Unicef - just to name a few), allowing you to chose to fundraise on their behalf... and of course there is US!

So if you have been wavering, or had thought maybe you'd like to sponsor someone doing this - but just don't know anyone yourself; then let me encourage you to pop in to our page on the Live Below The Line website, and read through just what we're doing with the donations received from this, and be inspired like I am!

I will not be doing it this year - with a three year old and a one year old at home, I felt it wouldn't be fair on them! They have 'Grumpy Mum' make an appearance all to regularly as it is, but 'Grumpy Mum' without caffeine and much food would take it to a whole new level! One year, when they are older, and have a deeper understanding and appreciation of what I am doing, I will consider taking on this challenge... but right now, they come first.

However - don't let this deter you from sponsoring one of our other amazing committee members, or even signing up to do it yourself; just click on the link highlighted above, take a deep breathe and DO IT! You won't regret it...

Live Below The Line TNT Committee