September 28, 2013
It is my Saturday afternoon off - we're meant to take it week-about, although it hardly ever ends up like that... but hey, once a month or thereabouts I get four hours of luxurious peace in which I can do whatever I want! Generally though, I am either out or holed up in the bedroom reading a book, or on my computer...

But today is different - today I get the WHOLE house to myself! Hubby decided it was going to be easier to take the kids out for the afternoon, thus giving him some help and some company, and giving me peace!

I think he got quite the shock at how tiring it was with both kids alone ALL day when I spent the day at 'Blog Camp the Second'! During the first one he had organised himself enough to have arranged the chance to go out and see people in the afternoon; but he wasn't as organised with the second one and had left it too late - plus the kids were still getting over colds. So he stayed home with them instead, other than a couple of hours at the shops, and after I got home he crashed on the couch and decided to sleep as he was 'just so exhausted' *grin*! I had to laugh...

So this time, unbeknown to me, he'd arranged to go out and see some friends again... Button was delighted, 'lil M is grumpy - teething and lack of sleep tends to do that to him; but he should've perked up once he got out!

And as always happens - I am a lost soul! If I'd known well in advance he was planning on going out, I'd have prepared myself mentally and made a list of what I wanted to get accomplished... but as I was expecting to be holed up in my bedroom, trying to ignore the grizzles emanating from downstairs, I am now ecstatically lonely and unsure just what to do with myself!

So I am MAKING myself sit down and write up a blog post so I can at least say I accomplished something in these four free hours... if I wasn't doing this, I would be thinking of all the housework I could / should be doing and trying not to jump up every 5 minutes to 'just do...'! I'm such a procrastinator! Even on the silliest of things - procrastinating having free time is about as silly as you'd ever get... seriously!?! I think it is just the whole Mummy-Guilt thing; I should be looking after the children, and if not I should be doing something constructive; not sitting down and having down-time!!! Anyone else? 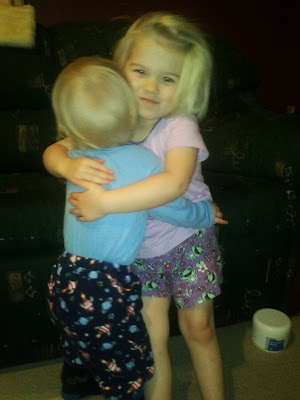 I have great plans of researching home-made cleaning products further - getting everything down onto paper for hubby to look through, looking into prices for some of the products... just general stuff like that! I also want to just go browsing through some blogs; reading about other lives, catching up with friends via the written word! I also need to reply to some e-mails and send some e-mails, type up some minutes, and generally be a bit more constructive with my time... there is only two hours left, and a list the length of my arm of 'stuff' to do!

So - I'm out of here to try and cross some things off my list today, and generally be a lot more constructive with my time! I hope you have managed to slow down and get some 'down time' this weekend as well!!!!

Amy said…
I hope you did enjoy the rest of your 'ecstatically lonely' time! (I just LOVE that comment!). Didn't have much down time here - study to do, though we did manage a walk on the beach which was nice. And I did not cook dinner. Wahoo!

kiwimeskreations said…
Blogger would not let me comment yesterday - hope you were able to make the most of your time once you got over the unexpectedness of it!
Blessings and love
M
29 September 2013 at 10:31

Anonymous said…
Enjoy...if it was me I would be sleeping.

Anyway I have a few really good website that may of interest re simply living and with ideas about making your green products. Would you like me it email it to you.

I've been making my own washing powder for a year now and love it.