Something A Little Bit Different...


Back here I promised you all something a little bit different to Menu Plans; as that is pretty much all you have seen for a few weeks now! And as much as I love them for me, and the ability they have of taking the stress out of the 'end-of-the-day-itis' we all are feeling by then, it is totally boring seeing only that week after week, even by my minimal standards!

So I have been wondering where to start - which blog post should I begin with, to try and drag you all back!

I have decided to start with the drama, car drama that is! Anyone who has been reading this for any length of time, may well remember my post from August last year 'The Day That Never Was'; talking about our car literally dying on the side of the road as I was doing the Preschool Drop-Off with the children. That was the beginning of two weeks stuck at home with no transport... urghhhh!

Unfortunately that has not been the only day like this - four more times since April this year we have had the same sort of thing happen again... a different reason, but the same results - stuck at home, with no transport and having to cancel everything we had planned. Because of where we chose to live, there is no public transport out our way, and thus not even anyway of getting Button to Preschool. We were LITERALLY stuck at home each time...

The last time this happened it was just me and 'lil M in the car, and there was steam gushing out from under the bonnet - all very dramatic. I had to ring hubby at work to come rescue us (we were only 5km away from home, but it was a cold, windy day and I had a very tired and hungry two year old who wasn't dressed for the occasion), and upon getting home I also had to ring Preschool and beg them to arrange transport home for her, as hubby had to go straight back to work. Thankfully they are a fantastic bunch of teachers, and were more than happy to help us out. 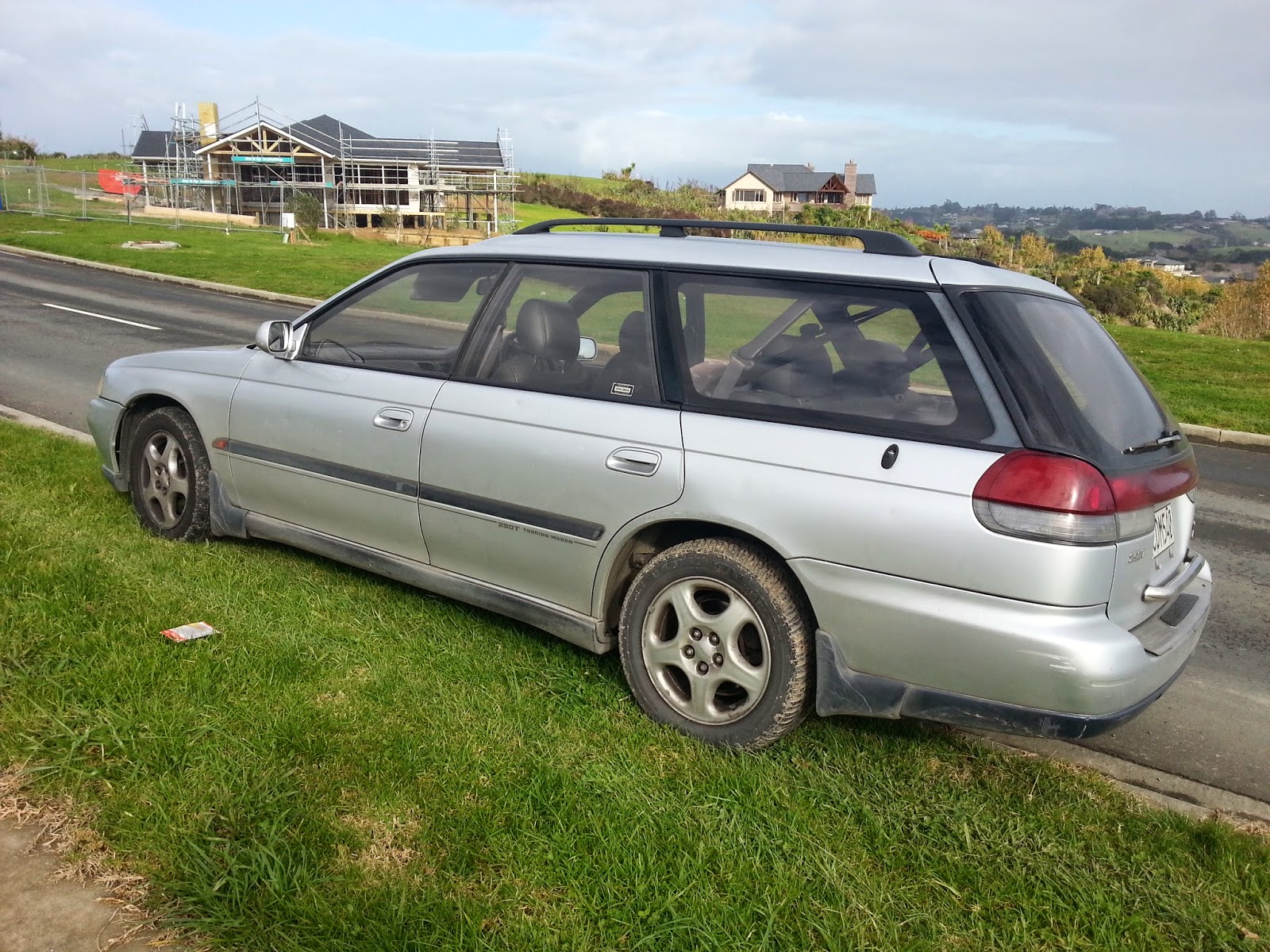 The car stuck on the side of the road, 5 kms from home.

But I think the thing that gets under my skin the most about this particular situation, is that I sat there in the car for 45 minutes with a child, and not one single person stopped to ask if anything was wrong, despite having the emergency lights on, and it being very clear things were not good. The Postie went past just as I stopped - there was huge mountains of steam (which at that point I was scared it was smoke) coming out of the bonnet, I was very obviously scared and crying, and she just kept cycling by. Across the road from me, which you can see in the photo, was a building site - there were a number of builders working on it, I could see them and they could see me; a couple of them even got into their van and drove past me - not a soul stopped to ask me if everything was okay. It still really annoys me, as you can tell - I am a female with a small child, I am seriously NOT scary... I just needed help, and a little bit of reassurance.

But, if nothing else, it does make me wonder how many people I have driven past on the side of the road, who could have used some kind words and reassurance, if nothing else, and yet I have pretended not to see them, or justified it due to children in the car.

Ahem - okay, off my soapbox!

Anyway; that was the final straw for me, and I told hubby I was not going to drive that car again, as four out of five times, I had been in the car alone with the kids when these things have happened. It has not been fun, and it was getting scary.

I rang our church to ask them to put a notice up on Sunday asking if anyone had a spare car we could borrow for a couple of weeks. It got missed, and by this stage it was starting to feel like everything was against me - as it was always me and the kids who lost out on transport. However, it was discussed in the church office and a lovely lady did come forward to offer her nieces car for a fortnight, while she was away on holiday (with her permission of course).

We were SO grateful, and on the Friday hubby took the day off work, for my sanity's sake, and we went and picked up the car. Here it is parked up at our place: 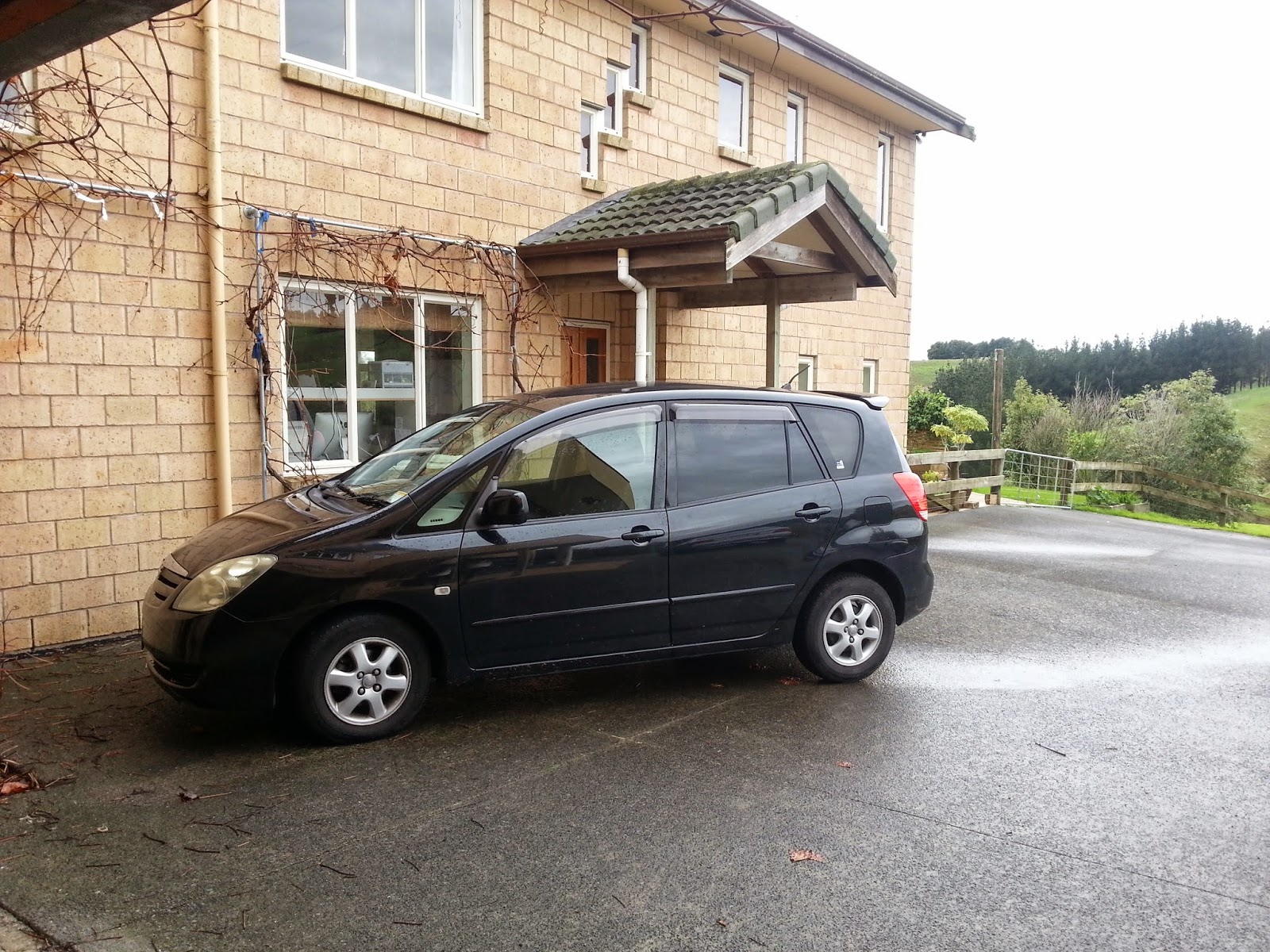 And there it stayed for almost the entire two weeks we were allowed to use it for... I am not sure what was going on, but something seemed out to get me, as we'd driven it for less than 30km's and the same thing started happening to it! It overheated, and was undrivable; which meant my sanity flew away faster than I had ever imagined possible, as I contemplated another week stuck at home.

Throughout this time we had arranged a loan, and hubby had been car-hunting (something he hates doing)! We found a little car we liked, but it was straight off the boat and still required a few tests and cleaning. On the Tuesday hubby got the call to say it would be ready from Wednesday, and yay for us - he took that Wednesday afternoon off work, and was able to go pick it up. 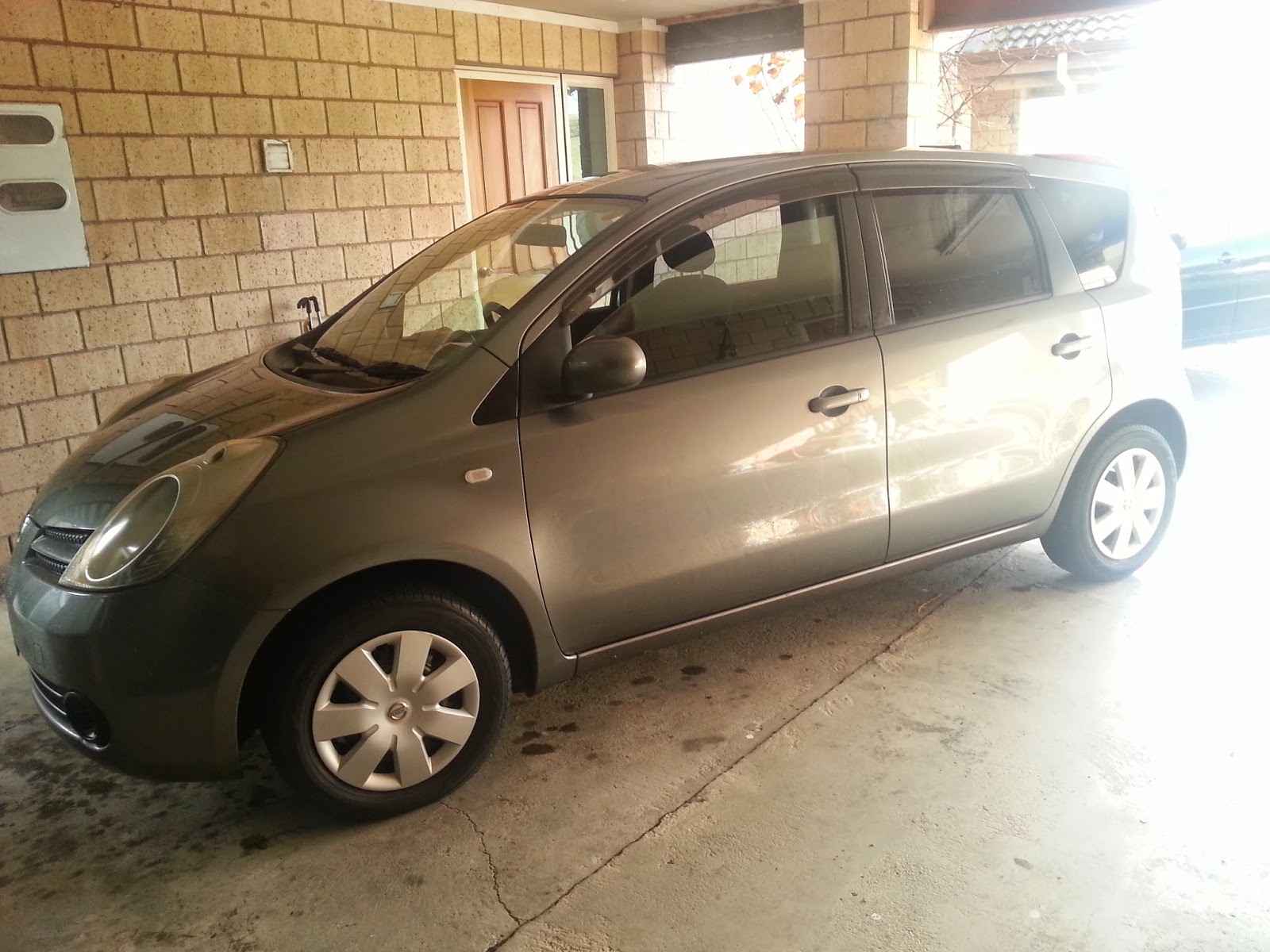 So Thursday and Friday the week before last, were VERY busy, as I played catch up on some of the thwarted plans, and then the weekend hit, and the latest round of ill-health!

So as luck would have it - this has been the first week, like in forever, that I have had a reliable car to drive around in, and we have been stuck at home 4 out of 5 days due to sick children *sigh*!

kiwimeskreations said…
So glad you now have reliable wheels - even if you have not had much chance to take advantage of them - yet!!
Love and blessings
M
12 July 2014 at 17:19

Sammy said…
You really do have some crazy car adventures! Hoping they all settle down and how can just drive from A to B without any more dramas :-)
14 July 2014 at 13:23