Back On Track... Well Almost!

August 20, 2014
So after spending much time thinking and panicking (if truth be known) and praying desperate prayers for inspiration - I have finally come to a place of being able to help hubby, I think. I still desperately want him to see a Doctor, the 'diagnosis' of Irritable Bowel Syndrome is just a guess; as it fits his symptoms the best, however there are all sorts of other things it could be... if only he'd go and have a few tests!

But he won't, and there is no point going on and on, as it'll only make matters worse! So I decided to give him an ultimatum (after much reading and researching), that he either goes on the 'Elizabeth Elimination Diet' and sticks to it, or he goes to the Doctor! He chose the elimination diet, and I bet by the end he'll be wishing he had just sucked it up and had gone to the Doctor.

So, for two weeks he is going to be on minimal food - plenty of portions, just minimal variety... he won't go hungry, but he'll probably get bored with it all! AND then, I'll just reintroduce one food at a time every 3 or so days, so it'll be dull and boring for him for a while yet! 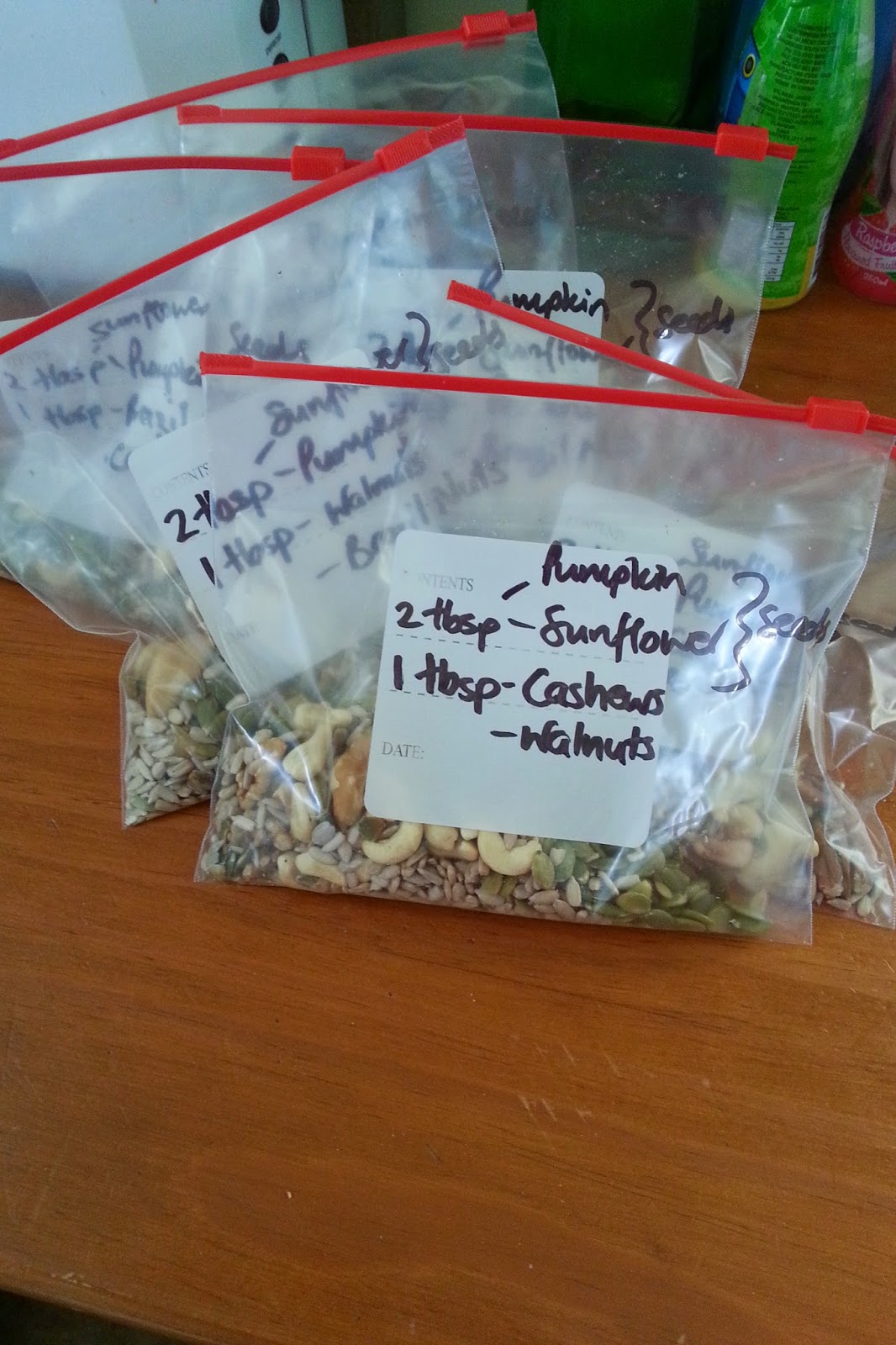 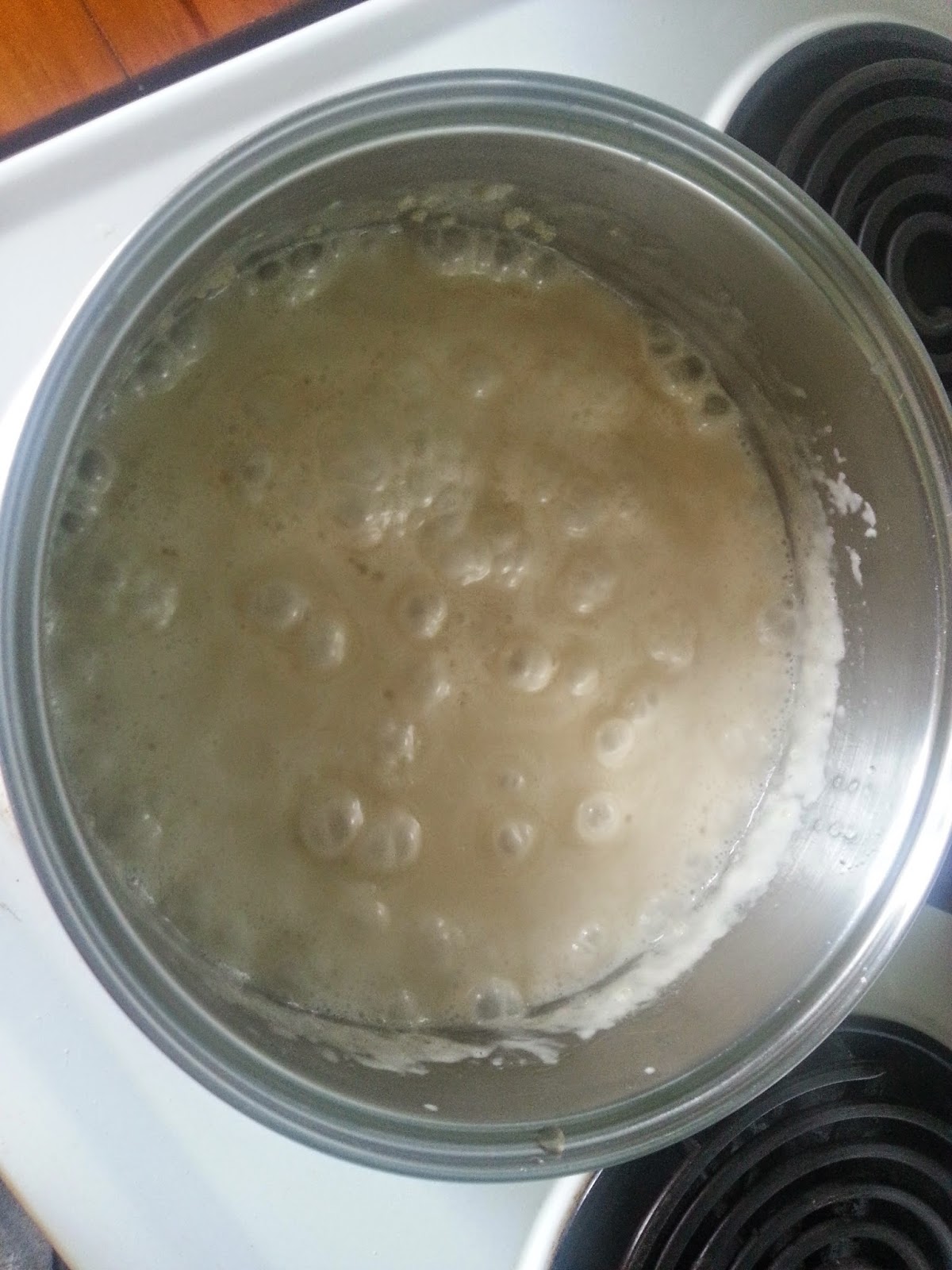 Pot of Creamy Quinoa bubbling away on the stove... 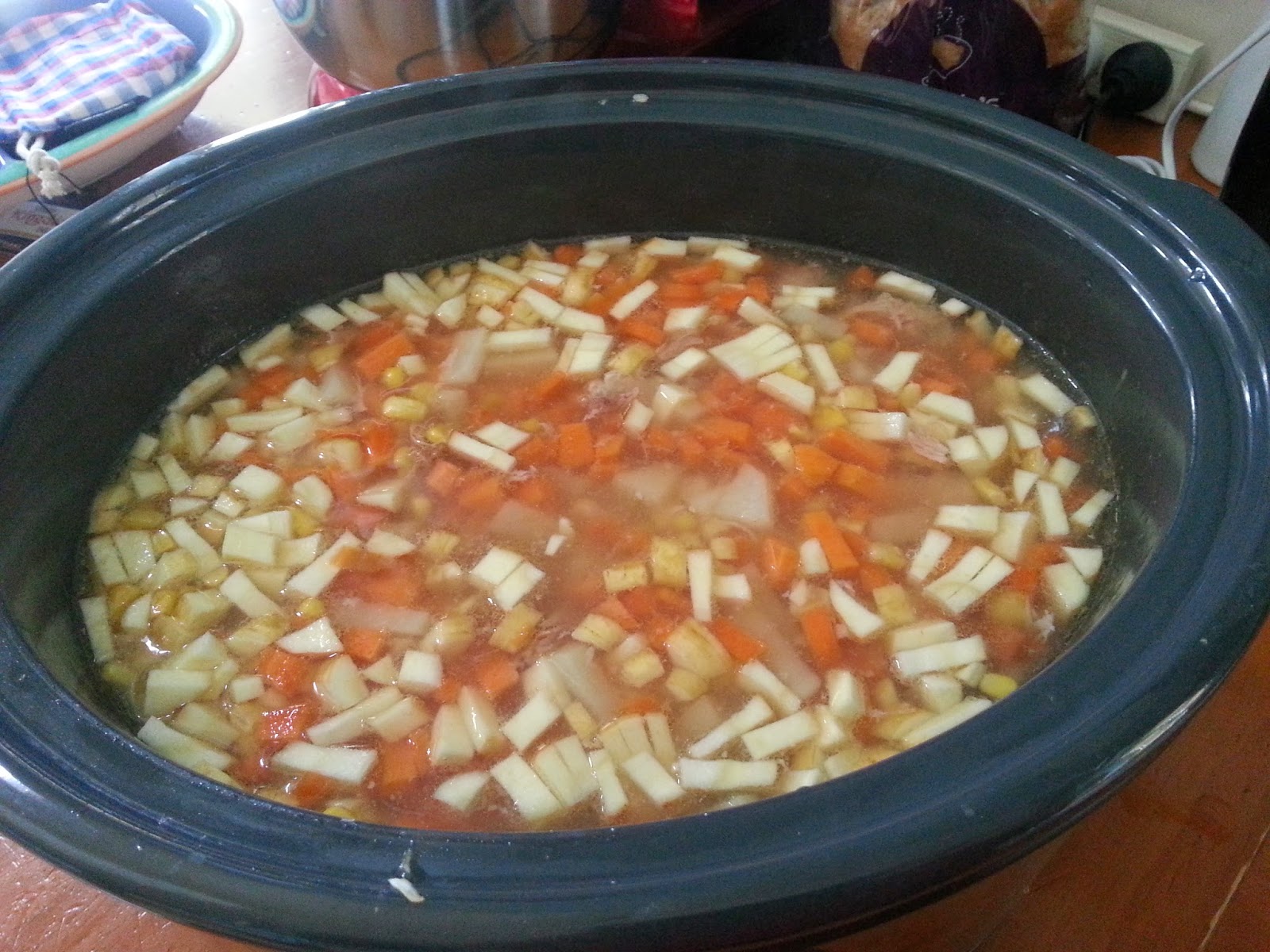 Huge pot of 'safe-to-eat' soup for the man (pork and veggies)!

So with all that in mind - his menu for the next two weeks goes something like this:

Breakfast:
2x eggs and toast
OR
GF Cornflakes and a banana

Lunch:
A bowl of Creamy Quinoa (coconut cream of course) with a Banana
OR
A bowl of soup, with toast and a piece of fruit

Even his fruit and veggie intake is limited, as some of them can and do cause trouble. He had carrots, broccoli and celery last night and reacted... *sigh*, we think it was the celery, but are just not sure. So tonight it was back to the drawing board, and he only got carrots; tomorrow I will include a little bit of broccoli and see how that goes, and the following night we will add a bit of celery back in.

Over the next fortnight I will then be doing some research on what foods to start reintroducing first, and build up a plan as to how we're going to tackle it all. We will also need to have a list somewhere, where we can note what seems to be okay and what doesn't. He has had a good day today, and so far everything has gone down comfortably - whew, so that means carrots are on the good list!

Anyway - while I was doing that, I was able to scrawl out a quick menu plan for the rest of us as well:

This is what happened LAST week, which I don't think I managed to catch you up on, due to one thing or another: 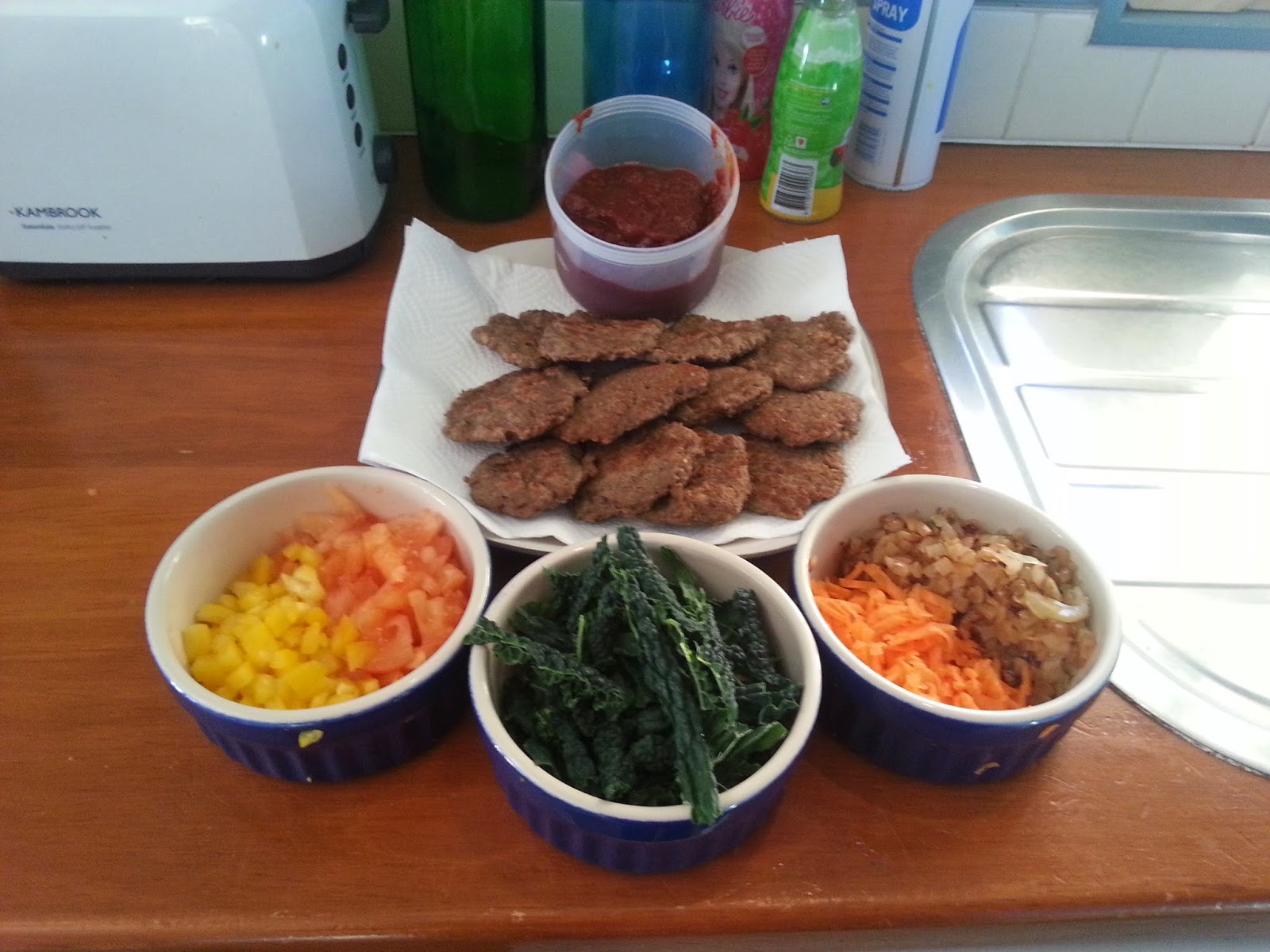 Makings for the homemade burgers!

So that is the latest on our Food Misadventures! I have got so many other posts and photos whizzing around in my head, but time is just not happening (even tonight I should have really been registering for jobs on a couple of websites, and sending my CV into a couple of other places, rather than blogging *sigh*)!

On the bright side - 'lil M has got the beginning of his LAST two teeth coming through now, wahoo! So while that means a grumpy little boy at home, and short day sleeps - it also means the end is in sight! He is currently managing to sleep through the night, or at least until 5am (which is GOOD, trust me), so we are very grateful for that (that has only been happening for a week now though, so trying not to count the chickens before they hatch as such)!

Ange - Tall, Short and Tiny said…
When my doctor "diagnosed" me with IBS 10 or so years ago, she admitted that it is usually a very broad term that doctors use when they have no real idea what's going on. I hope the EED works for your hubs, or that he hates it so much he decides the doctor is a better option after all! xx
21 August 2014 at 13:32

kiwimeskreations said…
Oh Dear - Bland is the understatement - I wonder if the Dr will win ;-). Happy cooking/eating, and sleeping!!
Love and blessings
M
21 August 2014 at 18:00

southseaislandhome said…
I haven't had a chance to read all your posts on this - but thought it worth mentioning a book an American friend recommended to me recently which she said turned her life around after chronic pain and illnesses. (Gosh this sounds like an ad, but I promise it isn't). I haven't read the book yet, but just downloaded it on her recommendation. It's called, "It Starts with Food" and is the Whole 30 diet.
1 September 2014 at 20:57