August 09, 2014
I have been thinking; thinking about the type of thinking that I do. I suspect this has come about from reading Ange's post here on Being Enough, it really hit a raw nerve. I also suspect it is surfacing due to having to head back into the workforce again, as I explained in my previous post; it has been five years since I have last had to work set hours out of the home!

So part of this thinking has been regarding confidence, and lack of it. What is at the core of confidence? What is the difference between those people who are confident in who they are, and those of us who aren't? Is it physical?

If it was just physicality - then I should be almost at my peak! I have been very blessed to have a body that LOST weight after the children were born; so not my expectation, nor my experience throughout my life. Let me show you:

Because of my medical history, extra weight tends to cause me severe pain and major problems. So it got to the point where I had to do something, I mean HAD to. I didn't want to, I hate exercise and I love food; neither of these things alone are a bad thing - but combined it meant it was so much harder on hubby to 'help' me lose the weight, than what it needed to be. He is the exercise king, so he had me out every night running and controlled my food - all of this just made me mad! But once I saw AND felt the results, it was all worth it! 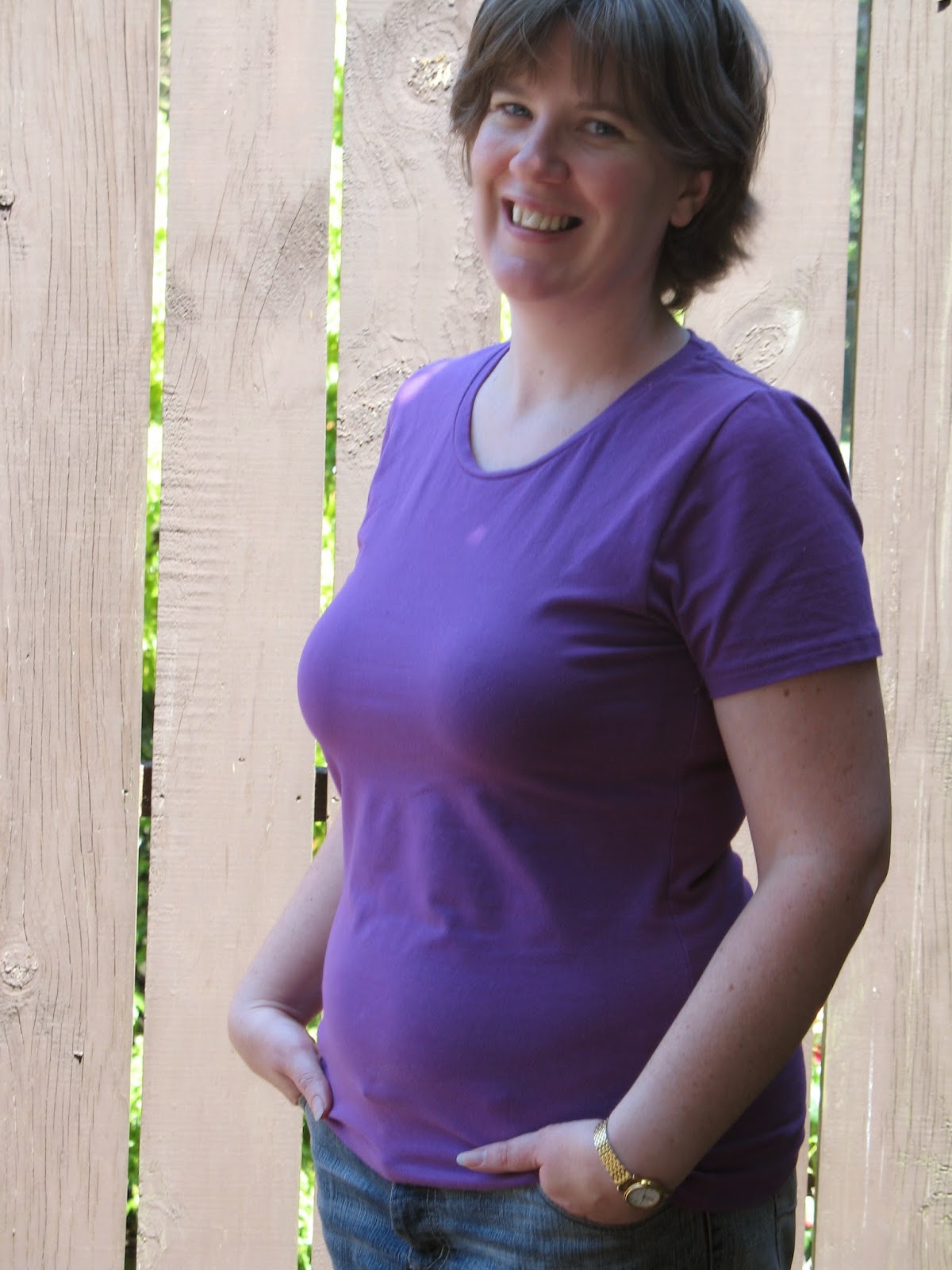 By the time I fell pregnant with Button, I was about 65kgs, and feeling fairly good about myself. However, I was expecting it to be really hard work to get back down to this - I have struggled with my weight all my life, and gone up and down constantly. So to discover that for me the weight falls off after pregnancy was like a dream! I do have to insert here though that Button had silent reflux, and I spent literally hours EVERY.SINGLE.DAY for the first 6-8 months walking up and down the stairs trying to settle her. There was hardly anything I could eat, as almost everything set her off - so my diet for the first six months was seriously bland, and the next six months was only a little bit better. So I suspected that this played a big part of it... I got right down to 55kgs at my lowest point, but by the time I fell pregnant with 'lil M, I was back up to 58kg (happily).

August 2011 - Me at 58kgs, just after finding out I was pregnant with 'lil M!
I love this photo, it is one of my all-time favourites.

So, while 'lil M didn't have the tummy issues Button had (praise God), he did have severe wind and some colic. This meant he was a much better sleeper, and I didn't have to walk to stairs very often; but it did restrict my diet again, for the first six months. And again, the weight fell off: 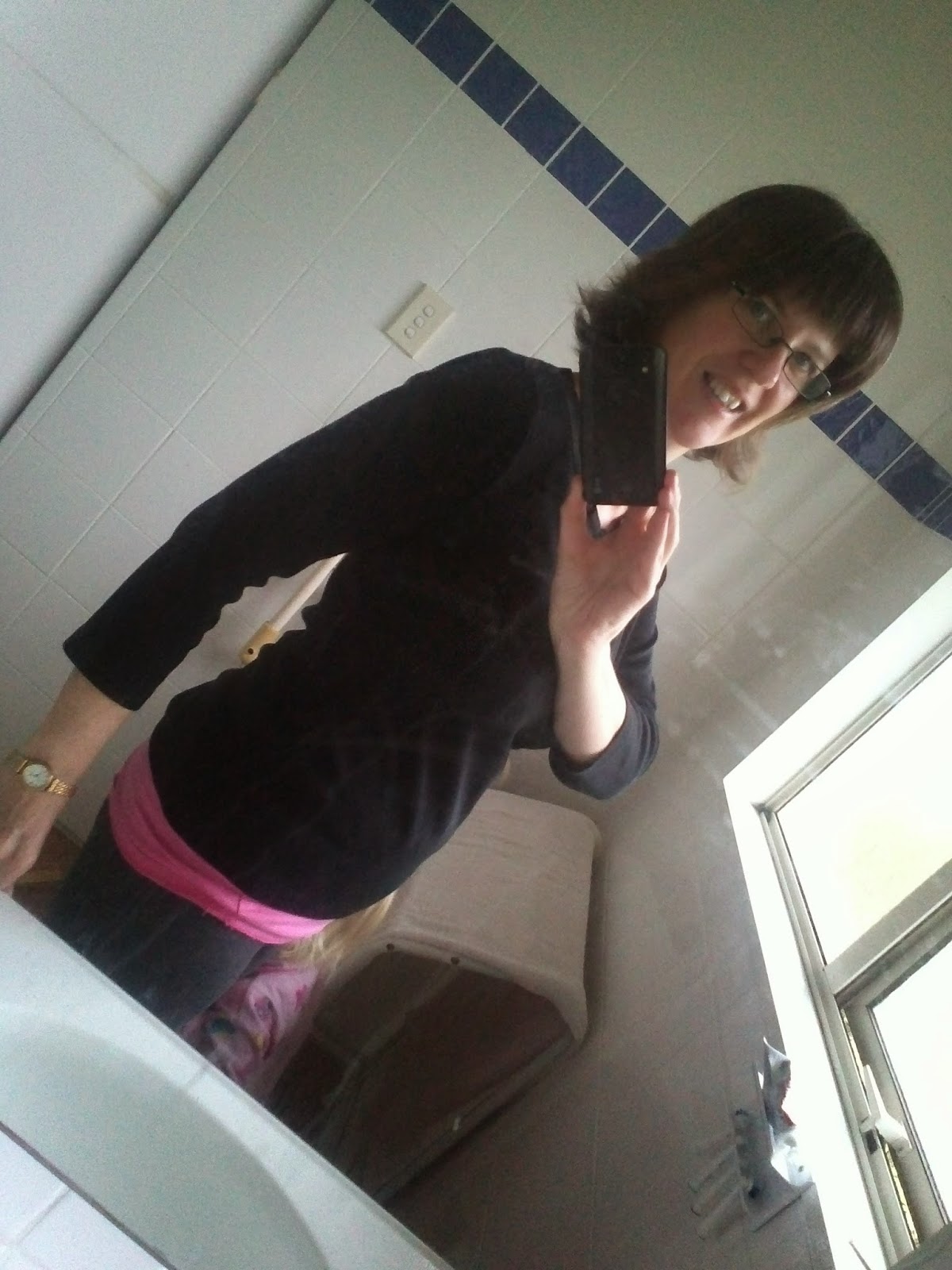 I am currently sitting back on 58kgs, and overall feel pretty okay about me physically. When I dress up, and make an effort; I sometimes even actually like what I see!

So - if physicality was the only criteria for confidence, then really I should be right on up there at this point in my life!

Don't get me wrong, losing weight for most people does give them a confidence boost. You can see it did for me, when you look at the difference in my stance between the first two photos in particular. But it doesn't change the little voices in your head; so how do you do this?

What are some other things that give people that confidence? What do you do about the little voices in your head? I know I am not the only one who hears these!

I really need to work on this before I have to head back into the workforce, and I also want to bring my children up confident in who they are! But if I don't believe I am enough - how can I expect my daughter, in particular, to place value in herself. I know it is going to take hard work, whatever path I decide to follow - changing your thought patterns is never easy. But I have seen my husband change significantly over these past ten years, and I am inspired... We are making some HUGE life changes soon, and I think it is time I personally catch up with it!

So join me as I explore the difference between those who are confident, and me, over the next few weeks! And then follow my journey (I promise I will be totally upfront and honest), as I work on slowly changing those little voices, and learn to like myself... Because I WILL, one day, learn to like me! And I hope you will also like me, learn some new strategies, and maybe gain a deeper understanding of how awesome you are along the way!

kiwimeskreations said…
Sometimes it takes persistence - and daily repeating to yourself how God sees you - as totally accepted in Him and acceptable to Him.
Love and Blessings
M
9 August 2014 at 21:56