August 25, 2015
I thought I would give you an update on how we are doing allergy-wise. It has been an interesting few days here as we work through yet another hump in the road, but I am sure things will work themselves out; just like they normally do!

BUTTON:
She is off dairy only,  we had been quite strict on her for the first half of the year; but started to get a bit lax lately - allowing baked goods from the supermarket, and letting others give her stuff without checking it first.  But we got a fright the other week, she had some normal chocolate given to her - we allow dairy-free dark chocolate only at home, but we let it slide this time.  Well not only did she have her normal rash reaction over her face, but she started freaking out about her mouth and throat being itchy. Oh my gosh - I haven't been so scared in my life, we gave her some water and watched her like hawks for the next few hours... thankfully nothing else happened. However this has since happened a second time, and it was just a supermarket biscuit that brought it on, so back to very strict dairy-free diet for her; poor girl,  but I am grateful she is now old enough to explain & vocalise these things! 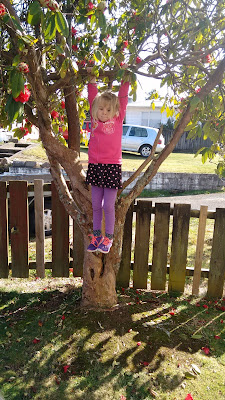 'LIL MAN:
The child I had thought was my 'allergy-free' one, turns out I was wrong... way wrong!  Come Christmas last year,  we decided that by 2.5 years old,  'lil M was past the age of having regular diarrhea and we needed to work out what was going on. After a rough Christmas for him, we took the bull by the horns & took him off dairy;  it seemed the most logical cause of action after some research, especially as it was already in the family. And what a rapid response - we started noticing change within 48 hours,  and after six weeks he was 'normal', & I felt brave enough to start toilet training him. It was a fairly simple transition with Button already having to be off dairy (although we had slackened off a bit with her at that stage). Both kids responded quickly and confidently to the changes - we are very proud of them; we are also very blessed to live in a supportive community,  with friends who have been so good at accommodating our needs. 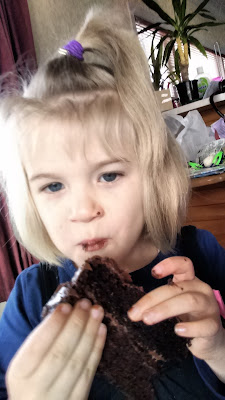 This weekend,  for example,  we were invited to a 5 year old birthday party.  My friend made everything dairy free for my children,  including the birthday cake.  So blessed. 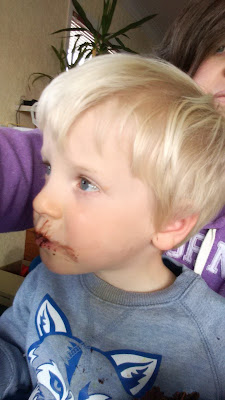 Since then poor 'lil M appears to be reacting to something else;  these past few weeks he has been struggling to eat his dinner. Initially we thought he was just going through another fussy stage, so we tried everything to encourage him to eat; including letting him go to bed with no dinner - figuring the hunger would be enough for him to change his mind.  Nothing has worked, he went to bed happily & slept through as per normal, you'd have thought we'd have realised something was wrong at this stage, especially when he stopped eating meat (my son was a carnivore)! Then I really started to notice his tummy at night was unusually large - I mentioned it to hubby, but until I showed him these photos;  I don't think he was aware of the extent of it: 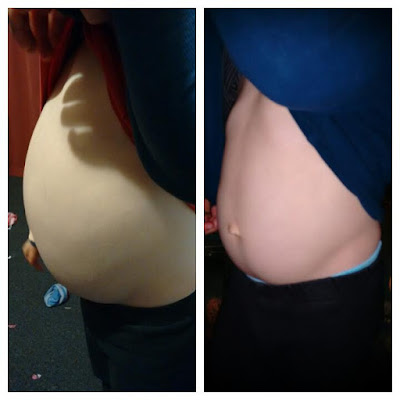 My poor baby. He has also gone back to loose bowel movements; so obviously something is wrong.  At this stage we are still not sure,  but we have made the decision to take him off gluten - all his symptoms point to this,  and with the family history it just makes sense.  So the idea is that we will document & photograph his reactions over the next 2-4 weeks. If things aren't changing the way we're expecting them too, then we will be taking him & the information to the Dr; but if there are big enough changes to his tummy & eating habits - we'll just keep doing what we're doing.

So it has been a stressful few days trying to decide what is best for him,  and how to help him... he is happy enough in himself,  so while he is bloated and uncomfortable he is not in major pain. 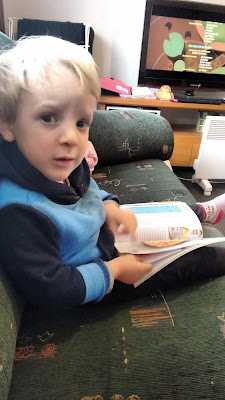 Here is hoping this will work.

HUBBY:
He is both dairy and gluten free,  and recently we have come to the conclusion that he is struggling with fructose malabsorption.  This has been a big hurdle for me,  it wasn't something that I had heard of before,  and it meant really changing up our 'normal', as he now needs to be on a low fodmap diet - this is not a fun diet,  but it does make for a happy and healthy hubby!

I will probably try writing another blog post on the changes low fodmap has meant for us, but tonight I am tired and have a cold,  and just need to go to sleep.

kiwimeskreations said…
... and then to have lil' man not eating your bread, and crashing with hunger :-( I am sure you will find something for him, you have managed marvelously so far.
Love and blessings
M
26 August 2015 at 20:08

Shirley said…
Life is certainly throwing you a few curved balls! They are so lucky to have a mum who is on the ball
27 August 2015 at 16:49